“Urbanaut craft beer is made for the worldly explorer. The one who finds comfort in unfamiliar surroundings, thrives off a foreign atmosphere, and uses diverse urban environments to shape their perspective as a global citizen.” 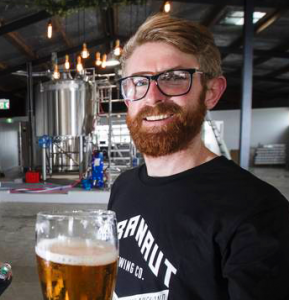 “We started up around two years ago,” explains Turner, “With all of this equipment, never having sold a single beer. Now, it’s been just over two years, and we’ve been lucky enough to experience huge growth.”

The Urbanaut brewing team consists of around 15 full-time and part-time staff members; And smack in the middle of Kingsland, Urbanaut can supply to the majority of central Auckland without breaking a sweat. Urbanaut’s approach to brewing is simple: quality and consistency, “the hallmark of a good brewery,” as Turner explained it.

“I’m very particular about the quality and consistency of our beer. It’s something that we always strive towards. Also, interesting flavours of beer—we like to mix classic styles with new ingredients. My personal favourite that we make is the Copacabana Brut IPA. We were the first in New Zealand to brew this style, and it’s helped make a name for us, as other brewers are now making similar styles.”

A particular point of interest for Restaurant and Café was the New Zealand craft beer scene; Turner provided an interesting point of view. “I have a unique position, because I live in Wellington, but spend most Monday to Fridays in Auckland. This is great because I get to see both markets. While Wellington may be a more established market amongst craft beer fans, including things like craft beer food and beer pairings at restaurants, the scene is developing in Auckland. Up here, the scene is getting huge growth, and people are realising the importance of supplying quality craft beers to customers.”

“Currently, the ‘it’ thing is new beer frenzy. People want to drink something different every time. It’s becoming less about returning to the same drink from the same brewery every time, and more about trying as many new styles as possible. Hazy IPAs, for example, and sour beers. And we’re responding to this; so we release a new one-off beer every month. The hunger for it is crazy—we often sell all our kegs before the beer has even left the tank. People aren’t even trying the beer before they buy it. We’re lucky, though, because we’ve established ourselves enough that people trust us to know that we’re producing good quality and new style beers.” But as Turner went on to explain, for those looking to enjoy similar styles, or even narrowing it down to a specific drop, there is an opportunity for that, too. “People get excited about new beers, but that just means that we can re-release them again at a later date. People are really into that. On top of that, if they catch wind of new beers coming out, they’re usually pretty keen to come in and try them out.”

Trends in the beer industry aren’t just focused on flavours and mixes; sustainability is something that is just as important in the brewing industry as it is anywhere else. “That’s one of the great things about being located in central Auckland, is that we’re not relying on freight and warehousing and storage—we can keep it local. Also, our grains, for instance, go to cattle feed. On top of that, we’re also trying to cut down on plastics—an ongoing conversation that we have with our suppliers. And finally, with our packaging, we’re just looking reduce plastics and non-recyclables wherever possible.” 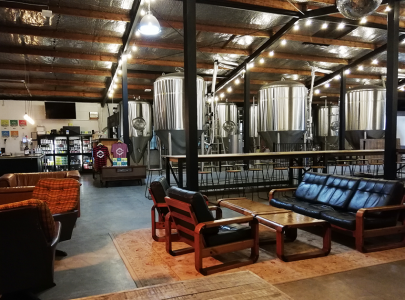 Turner noted that although the craft beer scene isn’t flooded with low- and no-alcohol options, there has been an increase of interest. “People worldwide are talking about low- to no- being one of the biggest growing parts of the industry, so naturally we want to get involved. We just wanted to make sure that the research and development that goes into the beer itself is sufficient enough instead of rushing into something we haven’t had a chance to work on properly.”

“We were hoping to do a low- to no- for Dry July, but we just got too busy with other projects. Ideally, we’d be able to do a 0% beer. But to do this, and be able to claim it, you have to be super sure that there is no alcohol in it. It’s quite difficult to remove all the alcohol without buying expensive equipment. But there are processes that we can do with the existing brewhouse that we could use to get it under 0.5%; And that’s our goal for summer, to be able to release a beer that we’ll declare at 0.5%.”

Finally, we discussed the future for Urbanaut, and what Turner hoped to be able to work towards in the near future. “We want to grow in Auckland as a brand. We have also started exporting, but we’re not as interested in this as opposed to growing locally. We also want to make more and more interesting beers and constantly strive to improve the quality.”

“A big part for us is also the education around the beer industry. We run brewery tours on Fridays and Saturdays for the neighbourhood to come in and try it and get takeaways, for example. We also hold events, to engage with the community and become more embedded here.”

Turner’s approach to running an award-winning brewery is reflected in the company’s ethos. “I want people to know that they can trust our brand, and see that we’re doing good things for the community. We don’t have huge ambitions to become a world-famous brewery; we don’t want to grow outside of what we can organically do. We want to naturally grow and become a local brewery for this part of Auckland.”

“We had our second birthday not too long ago, and we were able to receive feedback on how people see us as a brand and the experience they get from the things we do. A lot of the feedback was ‘our beer is great’ and ‘our service is good’, but the most important thing was that our people are ‘friendly’. That was nice because we always tell our staff that despite your knowledge of actual craft brewing processes, we like to think that they could all sit down with someone and talk about what craft beer is to them instead of just giving them and a beer and saying ‘this is it’. We want to make sure that as a brewery, we are not intimidating at all.”

Going back to the sentiments written across the homepage of the Urbanaut website, it seemed apparent that the brewery was making consistent efforts to encourage community and helping others find comfort in otherwise unfamiliar surroundings. 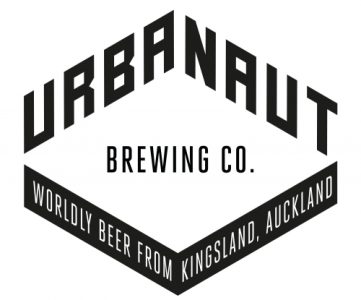