This latest collaboration comes after Gaggenau announced its sponsorship of the Gaggenau Tuesday Test Kitchen at Sid at The French Café in February. The three-year deal has seen the company’s exclusive niche brand appliances installed in the restaurant’s private dining room, The French Kitchen, bringing added luxury and impressive performance to the already exclusive space.

Taking place on the first Tuesday of each month, each event gives guests the opportunity to see for themselves how Gaggenau’s professional-grade home appliances are inspired by professional cooking methods to deliver unparalleled craftsmanship, design and performance.

The new video released by Gaggenau is a sumptuously shot glimpse into Sahrawat, his restaurants, and his famed ethos and craftsmanship. It also showcases the chef preparing and cooking beautiful dishes on the elegant, professional-grade 200 series home appliances, including the Vario Teppen Yaki, Vario Electric Grill, Vario Gas Wok, combi-steam oven, and the vacuuming drawer.

“As a chef, I look at food like an artist would a canvas – it’s about sourcing the best, freshest New Zealand ingredients, using unusual flavour profiles and texture combinations, and pushing the boundaries as much as possible, which the Gaggenau appliances allow me to do,” noted chef Sahrawat.

In addition to the short video, Sahrawat has crafted three bespoke recipes for Gaggenau, who have created a one-of-a-kind recipe booklet available by registering for a complimentary download from the Gaggenau website. 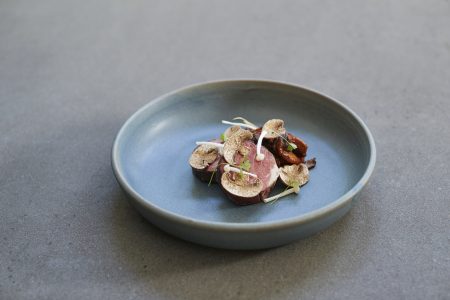 “New Zealand cuisine is driven by nature, the seasons and the quality of produce as well as treating the produce or ingredient with respect, while showcasing its locality. I know Gaggenau shares that same drive for excellence in food, too,” continued Sahrawat.

“The intuitive operation and high functionality of the Gaggenau appliances surpasses any other domestic appliance I have cooked on in my 25-year career. Their products crafted for the home exceed my expectations of what I usually demand from a professional range of appliances. Gaggenau’s attention to craftsmanship and understanding of cooking processes, along with functional ease of use and aesthetics, are the reasons why I chose to work with Gaggenau’s exclusive niche brand appliances.”

“Gaggenau unites people with an eye for design and a passion for culinary culture. Eating for pleasure is part of Gaggenau’s cultural history and has become an integral part of a sophisticated lifestyle,” said Sara Isherwood, Gaggenau sales manager New Zealand.

“Working with respected Kiwi chefs such as chef Sahrawat highlights the high level of craftsmanship and uncompromising quality afforded by the Gaggenau range of appliances.”

The Gaggenau range of luxury professional-grade home appliances can be viewed at the award-winning UnserHaus showroom in Auckland. For more on the showroom visit unserhaus.co.nz

You can view the video and register for the recipe book here.

Eden Park has expanded its premium offerings, with the addition of the Game Day Lounge. In partnership with Jameson Irish Whiskey, the area is…