A cup of coffee isn’t immune to inflation.

This is the callout from former café owner and coffee wholesaler Richard Corney, who opened his first café in Napier 15 years ago, charging $4 for a large flat white.

Over a decade ago, and yet there are many cafés around the country still charging $4.50 to $5 for that same coffee.

Rising rents, wages, the price of milk, and inflation, however, has seen the cost of running a café increase 10-fold.

“A lot of places, especially in Auckland and Waikato, have had no income for almost an entire quarter,” Corney explained.

“In the New Year, people have to be prepared to pay up to $7.20 for a large flat white, and $20 for a plate of brunch food. If you’re not, I completely understand, but we will see the demise of the hospitality sector.”

Corney, the general manager of Flight Coffee, supplies beans to 100 cafes nationally. He also manages The Flight Hanger in Wellington, where he bumped the price of a large coffee to $5.70 in April this year, when the minimum wage rose to $20. 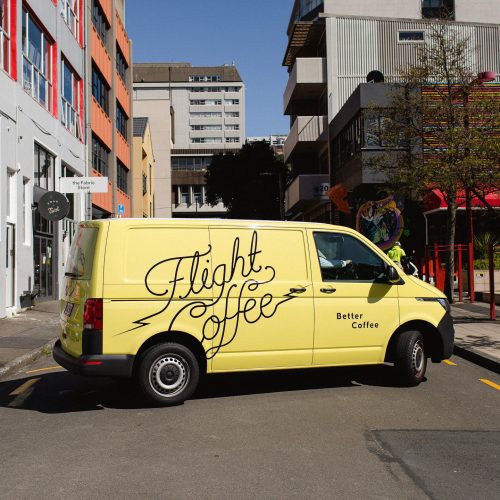 Some coffee drinkers still think their cup should cost $4.50, he said, but “that’s just ridiculous”.

“The compounding rate of inflation, 2.1 per cent, makes a like-to-like value $5.51. But at the same time, minimum wage has doubled, and rent has increased by 100 percent,” continued Corney.

“If you take into account all the other cost increases hospitality establishments have experienced in the last decade, not to mention the challenges of the pandemic in the last two years, what the actual price of a cup of coffee should be is frightening,” Corney said.

For some reason, however, while prepared to pay extra for petrol when they fill up their car, the average Kiwi seems less willing to pay any extra dollars for the daily coffee fix.

Corney said that when he increased the prices at the Hanger, no one batted an eyelid, but he has customers he supplies to who have not had the same experience.

How can we best educate consumers about the inevitable rise in coffee prices that needs to happen, and should have happened many years ago?

How do you feel about raising coffee prices at your establishment? How do you go about letting your customers know? What has been the reaction?

Have your say, email sophie@reviewmags.com

Desmond Davies has been appointed as the international chef for Te Pae Christchurch convention centre. Davies will bring 20 years of experience on his…