Earlier in the year, Taco Bell hinted that a franchisee in the U.S was working with the brand to create an “industry-defying” drive-thru restaurant. Turns out, that wasn’t an overstatement.

Taco Bell has now revealed its “Defy” concept, a 3,000-square-foot, two-story model that the company said redefines what it means to be a frictionless, tech-forward company. 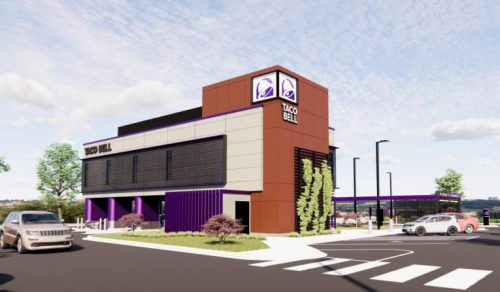 Constructed with the digital consumer in mind, the building features four drive-thru lanes, including one traditional lane and three others specifically for mobile or delivery order pickups. There’s also digital check-in screens that allow mobile order consumers to scan their order via a QR code and pick up food through a contactless proprietary “bell-evator” lift system. During the ordering process, two-way audio and video technology enable customers to interact with employees located on the second story. 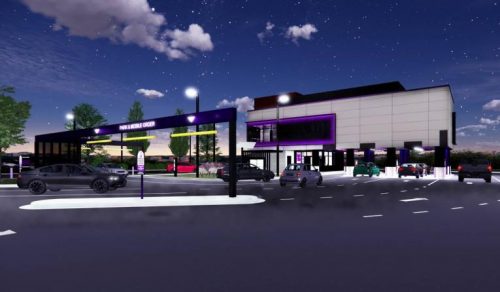 The innovative restaurant is scheduled to break ground in Brooklyn Park, Minnesota, later in August and open by the U.S summer 2022.

“In 2015, we created the Taco Bell Cantina concept with an open kitchen environment in urban markets. In 2020, we introduced the Go Mobile concept much earlier than anticipated with the help of quick collaboration with franchisees just like Border Foods,” said Mike Grams, Taco Bell’s president and global COO, in a statement. 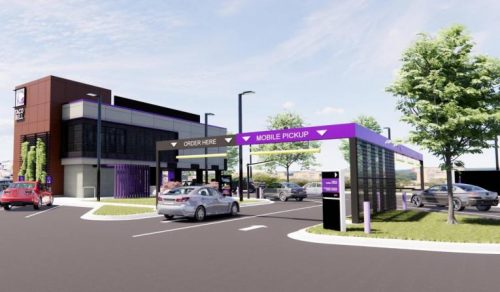 “Partnering with our franchisees to test new concepts is a huge unlock of learning for us. What we learn from the test of this new Defy concept may help shape future Taco Bell restaurants.”

Taco Bell’s Defy prototype leverages the chain’s growing digital business. The chain launched its rewards program in July 2020, and since, app sales increased by 90 percent and sign-ups for the program grew 5x more than the first month. Taco Bell’s digital channels reached $1 billion in 2020 and mixed 12 percent to end the fiscal year.

World’s first drone café has opened its doors in Eindhoven with drones delivering the drinks. The ‘quadcopters’ hover over to a customer, take orders…