QT Hotels across New Zealand are serving up decadent desserts that demand an encore. QT will ‘Q The Smash Hit’ – introducing a standout series of smashable sweet creations from each of their signature restaurants.

For the months of August and September, QT Auckland, QT Queenstown and QT Wellington’s signature restaurants will invite guests to indulge in tableside theatrics, smashing twists on classics and sweet sensations with new desserts created by each of QT’s celebrated chefs. The three desserts will be delicate in design but made to be destroyed, all showcasing QT’s passion for culinary creativity.

Theatrics ensue at QT Auckland’s Esther as Chef Sean Connolly’s signature crushed Vacherin is smashed to bits and dramatically served up tableside. QT Queenstown’s Chef Ryan Henley has created a Pavlova that’s meant to be broken with the drop of mousse-filled meringue at his new pop-up restaurant Lil Red. Curiosity is on the menu at QT Wellington’s Hippopotamus, as Chef Jiwon Do has hatched unique hand-painted chocolate eggs awaiting destruction to reveal sweet surprises.

A flavour playground for the culinary inclined, as always, local ingredients will be front and centre at QT, with each restaurant known for delivering unforgettable dining and a signature touch of quirk. Each creation serves two people. 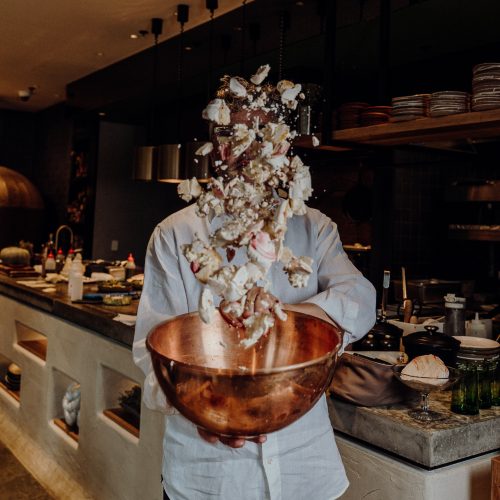 A showstopper, smashed to bits tableside. We’ll start with crushing house-made meringue right at your table, then add fresh cream plus strawberry and rhubarb compote to the mix. Your choice of sweetening the deal with cognac (it’d be rude not to…), then dished out to your group of four. 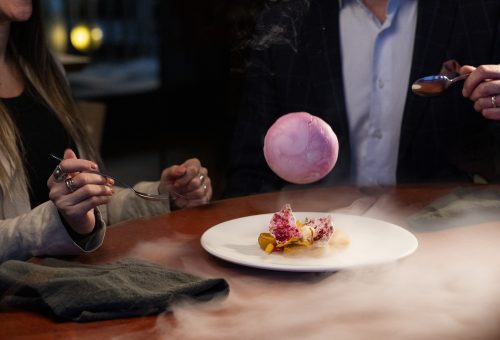 A Pavlova that was made to be broken. Chef Ryan Henley has put his signature twist on the Kiwi favourite dessert - but this one’s anything but classic. Featuring earthy and wintry flavours of beetroot, mandarin and caramelised white chocolate on top of a cracking good meringue that will split at the drop of a dollop. Watch as a mousse-filled meringue shell is dramatically dropped onto your Pav, beautifully flowing over the top for an extra dousing of delicious. 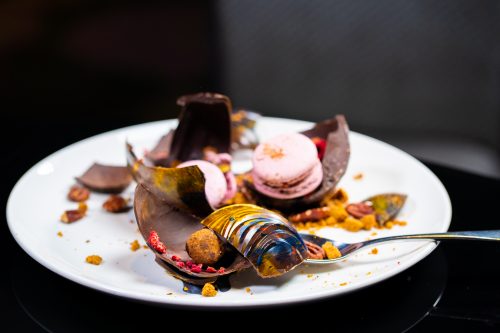 Hippo has hatched something extraordinary and ready to crack into. Handcrafted by Hippo’s patisserie Picassos, your very own chocolate egg is uniquely painted to perfection. Here’s where crowd participation is required. Take a spoon to the shell, et voila, surprise ensues. Think chocolate truffles, macarons, candied pecans, almond sable Breton and freeze-dried raspberries. Smash it open, and all will be revealed.

Restaurant & Cafe gathers together the best of New Zealand kombucha.      CHEERS TO A HEALTHY GUT Brewing kombucha commercially in Hawke’s…