The Great NZ Toastie Takeover is back for its fourth year – and this time it’s casting the net even wider in the hunt for the country’s supreme toasted sandwich.

The popular competition has previously followed an invite-only format but 2021 is the year organisers Cook & Nelson and McClure’s Pickles decided to see what the rest of the country can do. The competition is now open to all New Zealand eateries, whether they’re cafes, bistros, hotel eateries, food trucks or hole-in-the-wall nooks. If your eatery knows what it takes to create a top cheese toastie, then your entry is welcome.

There are, of course, a few competition rules. Each toastie creation must be sandwiched between two slices of bread and able to be eaten by hand if necessary. The toasted sandwich must also contain cheese and some tasty morsels from the McClure’s Pickles range. Everything else is up to the toastie maker’s imagination.

Each entry must be on the establishment’s menu for the full duration of the competition (May 13 to June 30) and be available to customers during lunch hours.

Like previous years, each toastie will be scored on a set criteria, including presentation, effectiveness of preparation technique, edibility, taste, innovation, and originality.

Entries open March 8 and close on April 30. Judging will then begin from May 13 with the competition finalists announced on July 1. The supreme winner will be revealed on July 30.

A group of approximately 30 judges will be casting their eyes (and taste buds) over this year’s entrants. Those judges will be split across the following regions, with eateries from each area going through to the final:

All finalists will receive a case or pail of McClure’s pickles and $300 worth of dine-in vouchers which will be given away to locals via social media.

The competition’s grand toastmaster will then visit the finalists incognito to sample the entries and liaise with McClure’s Pickles co-founder Joe McClure and head judge Kerry Tyack to determine New Zealand’s top toastie for 2021.

The supreme winner will walk away with a year’s worth of pickles, $500 worth of dine-in vouchers, a toastie trophy and, most importantly, bragging rights to the best toasted sandwich in the country.

Joe McClure, co-founder of McClure’s Pickles noted that the time is right to open up entries to all eateries.

“We are now in our fourth year and welcome all eateries large and small, so whether you’re from Stratford or Stewart Island, Coleville or Culverden, if you think you make an epic toastie then we would love to hear from you.” 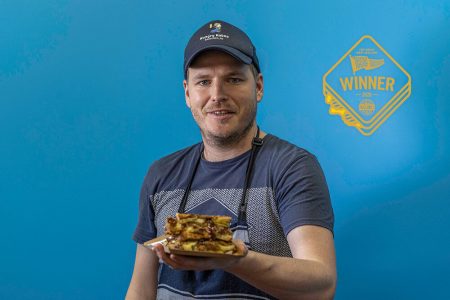 “I entered last year’s Great NZ Toastie Takeover because it looked like a great opportunity to create a bit of noise around my business, especially being a toasted sandwich restaurant,” said Dowling-Mitchell.

“I was thrilled when we went all the way to the finals and won. I went straight out and bought extra sandwich presses when I got the news – and thank God I did as we were absolutely slammed in the weeks that followed. We’re still far busier as a result of winning the Toastie Takeover.”

To submit your own entry or view the full terms and conditions of the competition, go to the entry page on toastietakeover.com

Kona Grill, amidst several financial and leadership issues, has filed for Chapter 11 bankruptcy protection. This was filed at the United States Bankruptcy Court…