“It was great to get the good news. I was overjoyed. It was a relief ... It has been such a long hard pathway to get there,” expressed Parker-Thomson.

In 2014, she completed the two-year Wines and Spirits Education Trust Diploma. After this, she started the Master in Wine programme in 2016.

Parker-Thomson passed the theory exam in 2018 and the blind testing exam, on her second go, in 2019.

“It is probably one of the most challenging blind tasting examinations in the wine industry. On average, one person in 10 would get it each year.”

From a Hungarian cabernet franc to a Chilean Carmenere to Uruguayan tannat, Parker-Thomson had to identify 36 wines in four days. The exams were in London, San Francisco and Adelaide, with Parker-Thomson going to Australia six times in three years. 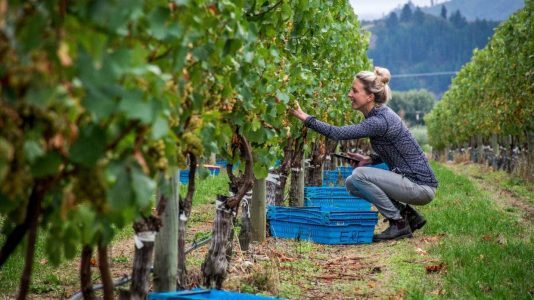 Raised in the New Zealand wine regions of Gisborne and Central Otago, she moved to Marlborough for the 2011 harvest where she met her husband, Matt Thompson. Parker-Thompson said she had wine almost imprinted in her DNA and realised during her law studies that her future career had to involve the wine industry.

There were 418 Master of Wines globally, across 32 countries, with 149 of them women.

The Blackenbrook Pinot Gris 2017 is packed with fragrant ripe pear, quince and strudel spices framed by a bright mineral edge and a long, juicy finish….