Madeleine Tate from Auckland has been announced as the national champion of the New Zealand 2016 Beefeater MIXLDN Cocktail Competition by the world’s most awarded gin Beefeater.

Tate has won the coveted spot to compete in the Global Finals in London representing New Zealand.

With MIXLDN entering its sixth year, the worlds largest and most prestigious gin cocktail competition is set to be the most hotly contested yet with entries in excess of 600 from 32 countries across the world.

Having impressed the panel of judges, including Beefeater Master Distiller Desmond Payne, with ‘The Chimney Sweeper’ cocktail, Madeleine from Kindred in Wynyard Quarter provided a masterclass in creating the perfect gin serve. Tate was deemed to have best echoed this year’s theme of iconic London cinema, with a recipe using Beefeater as the spirit base and perfectly encapsulating the city’s rich history on the silver-screen. She will undertake a series of specially designed challenges as she represents New Zealand as part of an unforgettable four-day trip to London whilst testing her skills as part of the Global Finals next year.

The Chimney Sweeper cocktail featured a variety of elements from the film Mary Poppins. The hazy skies of London as the sun is setting and the black rooftops bursting with soot were the main source of inspiration for the cocktail itself, while also being reminiscent of a classic London gin based cocktail ‘The White Lady’. 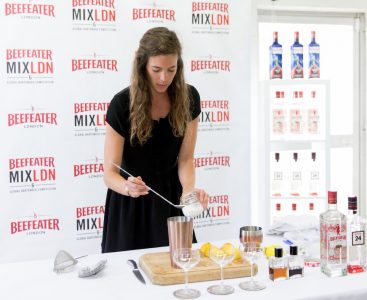 A plant-based diet is associated with lower rates of cardiovascular disease, cancer, and diabetes, making plant-based meals one of the healthiest options for growing…