Paul Henry’s brand new Pinot Noir, produced with Invivo wines, has sold out of Glengarry stores across New Zealand after huge demand from fans. In the first hour of going on sale, the wine retailer had sold 650 bottles, and sales continued to rise rapidly in the hours following. By mid-morning Glengarry’s server crashed with unprecedented demand, and a spokesperson reports that ‘in the history of their company they have never seen such traffic volumes to their website in a short space of time’.

Invivo winery rushed more stock to the stores but it wasn’t enough to keep Paul Henry fans satisfied and by midday, less than three hours since going on sale, Paul Henry’s Own Pinot Noir aisles were empty. Glengarry has billed it as ‘their most successful launch of an individual wine ever. 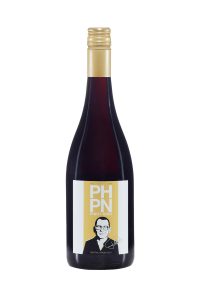