The earliest hard evidence of cheese-making dates back to before 5,500 BC, in the Polish region of Kujawy. By the time the Roman Empire was at the height of their powers, cheese had become a common food group. Once the Roman armies captured an area, the soldiers would often retire in the area they were stationed and introduce the local area to cheese-making, establishing the industry in the town. As a result, Europe, and Italy in particular, has become the centre of the cheese-making world. So how does European cheese differ from home-grown versions? 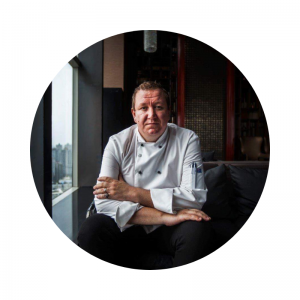 "Provenance is everything. I think if you do not have the right environment, climate, particular breed of livestock and the food source that the animal lives on from that particular area. The quality would not be the same. Provenance is also about certain history and traditions handed down from generation to generation of cheese makers.

"Take Roquefort as an example; a young shepherd spied a beautiful girl down in the valley while he was having lunch of rye bread and cheese. He quickly ran inside a cave and left it there to go and chase his pursuits. On returning sometime later he found his lunch had gone mouldy, He was famished and tried some of it and was surprised by the beautiful aroma and spicy piquancy the cheese and bread had taken on – or so the story goes.

"Provenance verification controls are used by many other countries. Italy protects their Parmigiano-Reggiano – I think this is understandable when you see what is called or passed off as Parmesan in some countries." 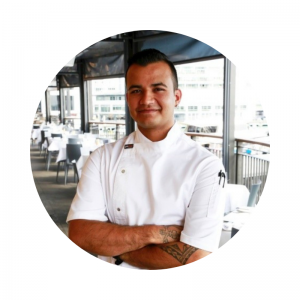 "My favourite European cheese is brie – I love the taste of this cow’s milk cheese and its multiple uses. You can use it on any occasion. It can be a part of a cheese board in an elite restaurant or you can take it on a picnic. It can be baked in a ceramic dish or can be used on pizza. It’s an all-round cheese for me."

Are you interested in joining our Chef’s Table? Email mark@reviewmags.com to get involved.

Beef forms the basis of a whole range of foods, from comfort to luxury. It’s the mince in a meatball, the brisket in a…