Back for its sixth year, the Ōra King Awards recognise the outstanding contributions from chefs working with Ōra King – New Zealand King Salmon’s premium foodservice brand. The theme of this year’s awards, Inspired by Art, provided plenty of scope for creativity. The finalists will be announced on Monday.

Phil Clark’s Ōra King Award entry is certainly distinctive, and there’s no doubt of the inspiration behind the dish – Spanish painter and sculptor Pablo Picasso.

“I was inspired by one of his paintings,” said Clark. “The amazing angles and presentation of this painting really works well together.”

Clark was also inspired by Picasso not only in look, but flavour.

“I’ve gone for some very strong European flavours, coupled with French cooking techniques to add to some variety and visual appeal to the dish,” he explained. “I imagine Picasso would eat only the best of foods, so I have used very ‘royal’ products, including the very best salmon, crown eggs, and truffles, all of which are an expression of the beautiful local produce we have in New Zealand.”

This entry is Clark’s second in the Ōra King Awards – he entered last year but didn’t make the cut – but he remains passionate about the product.

“Ōra King salmon would have to be the best salmon I have used around the world,” he said. “I’ve worked in some of the world’s top Michelin-starred restaurants in London and nothing comes close to the flavour and care that gets put into this fantastic New Zealand grown product. I feel extremely lucky to be able to use Ōra King salmon in my own restaurant.”

Clark is the owner of Phil’s Kitchen restaurant in Kingsland, Auckland which has been operating for almost four years now. It is the culmination of years of work in the hospitality industry, which began at Bosco Verde in Auckland when Clark was just 15. “In 2010 I moved to London and worked as a chef for a few establishments including Soho House, Dean Street Town House and London's Tom Aikens, Arbutus and Wild Honey - all of which are one Michelin-starred. Five years later, I decided to travel and work as a chef on some super yachts which took me to some incredible places like Costa Rica and Mexico.” He eventually returned to New Zealand where he worked at head chef at Meredith’s.

“Over the years, I’ve gathered a lot of inspiration from the places I have worked, and my experiences have all contributed to what my food and personality is today,” he said. “It’s been 20 years of travelling, hard work and laughter.” 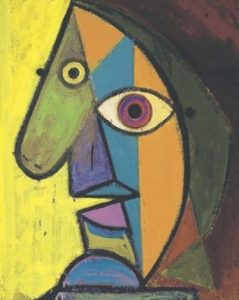 Every item in the kitchen has its own story. Through 100 familiar objects, The Modern Kitchen maps the progress and development of this functional yet also wildly…