Fonterra has officially installed its first 'milk tap' in New Zealand's coffee capital, Wellington, as part of a trial to serve up the country's beloved flat whites more sustainably.

Independent coffee roaster Emporio Coffee is the first of 10 cafes nationwide to trial the new system that Fonterra has been working on for the past year.

The milk tap, from Milkit in Israel, is connected to a 10L recyclable milk bladder stored in a fridge. The bladders, made at Fonterra's factory in Palmerston North, replace five 2L standard bottles of milk, reducing plastic by 65 percent. 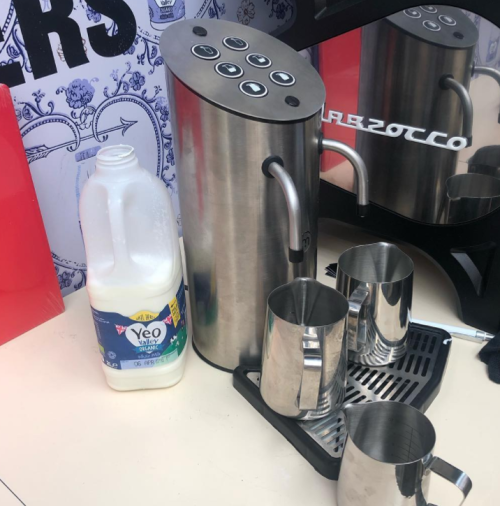 The milk giant is investing $1 billion in initiatives over the next decade as part of its strategy to be a leader in sustainability.

The co-operative is the largest supplier of milk to cafes across the country, and if the trial is successful, the initiative could be rolled out to many of its 2500 commercial customers.

The trial follows several initiatives from local, smaller companies such as Kaipaki Dairy and Spout.

The milk tap enables baristas to measure precise amounts of milk, reducing wastage and costs for the cafe.

Eric Heycoop, who founded Emporio Coffee with his wife, said he was pleased to see the end of milk bottles, of which his cafe went through about 45 per week.

Heycoop said the system not only keeps his bin empty but it may allow him to reduce his milk deliveries to three days a week, further lowering the environmental impact of transport.

Part three of our weekly series on New Zealand’s roastery industry saw us grabbing a brew with Andrew Smart, general manager and owner of…