A new app for hospitality outlets and wholesale suppliers has been described as a ‘game-changer’ that can help Kiwi restaurants, bars, cafes, and suppliers during the COVID-19 recovery.

Developed locally, HospoConnect is the first of its kind in New Zealand. It brings chefs and suppliers together in one place and enables them to buy and sell produce digitally without the hassle and time-intensive paperwork and voicemails that the industry has traditionally relied on.

To date, 330 restaurants and suppliers nationwide have signed up to the app. Restaurants onboard include Cazador and New York Grill in Auckland, Rata in Queenstown and Logan Brown, HIAKAI and Floriditas in Wellington. Suppliers include City Produce and New Zealand Cheese Ltd in Auckland, Capital Produce and Yellow Brick Road in Wellington and Fare Game in Invercargill.

“It’s an exceptionally tough time right now for hospitality outlets and suppliers. Their time is important, so HospoConnect will free up some time by making the food procurement process simpler, less error-prone and more cost-effective”, explained co-founder and CEO Ramesh Naran.

The app helps suppliers get their profile directly in front of chefs. Local suppliers, growers, producers, and catchers find it challenging to approach chefs directly, yet chefs want to use them. HospoConnect solves this problem by facilitating the initial introduction online.

HospoConnect also helps suppliers communicate important updates to their chefs in a more effective and timely manner such as product availability and seasonal changes. Previously they had relied on flyers, emails, and text messages that chefs don’t always have time to go through. It means they can promote and sell their produce quickly and to a larger market of buyers.

“The launch of HospoConnect follows two years of product testing, development and market validation with chefs, suppliers, producers and growers throughout New Zealand. Our solution is a very simple user experience that will save time and money at both ends of the supply chain while building a stronger and more connected industry.”

“The range of suppliers and businesses we’ve had sign up to date has been excellent. But the cherry on top is the enthusiasm and positive feedback we have received from users,” said Naran who expects the number of users to rise as businesses look for smarter and more efficient ways to operate, and an increasing awareness of digital tools because of COVID-19.

“Chefs are thrilled to have access to in-season produce, while suppliers are saving time with orders and finding it far easier to connect with a bigger marketplace.”

The team behind HospoConnect combine the very best technical expertise with a deep knowledge, and passion for food production. 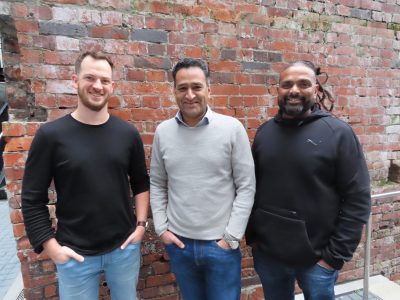 Naran, who holds a degree in agricultural economics, had previously developed digital solutions for organisations such as Westpac, ANZ and Kiwi Wealth. Co-founder Sanjay Dayal is the former owner of Cuba Fruit Mart which supplied Wellington's restaurant industry for over 50 years. Mike Higham, HospoConnect’s User Experience Director, previously formed and led a user experience team at Te Papa and has been working in both development and design roles for the past decade.

In the coming months, HospoConnect will add new functionality to the app where invoicing and transactions can be completed at the click of a button.

“It’s heartening to see thousands of Kiwis throw their support behind local businesses over the past few weeks and do their bit to pump money back into the economy. Community strength like this will be crucial to New Zealand’s rebuild in the years to come,” noted Naran.

“HospoConnect will make building back that resilience just a bit easier for the sector, leaving chefs with more time to cook the dishes Kiwis love, while producers supply them with the best pick of the bunch.”

David Joll is one of four company directors and the head brewer at New Zealand Sake Brewers Ltd. A self-confessed Japanophile, Joll’s involvement in…