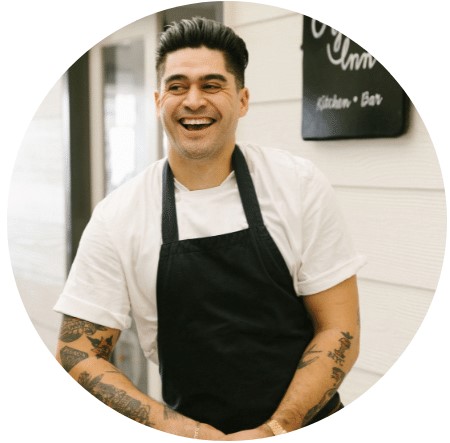 An award-winning beachside bistro, The Oyster Inn is located on the shores of Waiheke Island in the heart of Oneroa Village. Leading the kitchen is head chef Jamie Hogg-Wharekawa, who brings to life the dishes designed by award-winning chef and owner Josh Emett.

Jamie Hogg-Wharekawa was born and raised in Central Auckland.

“I’ve always loved food, so I got a job as a dishwasher in high school. Two weeks later, I was promoted to breakfast chef, and I never looked back.”

Shortly after beginning his chef career in Auckland, Hogg-Wharekawa moved to Melbourne and got a job as a commis chef in a Trattoria, where he stayed for five years, eventually becoming head chef.

“It was there that I fell in love with Italian food and how beautifully simple a dish can be. I’ve tried to take that idea with me throughout my career: find the best ingredients you can and cook them in a way that allows them to showcase their flavours.”

Throughout his career, Hogg-Wharekawa has had some memorable highlights.

“Cooking lunch for Robert Deniro was a major highlight as I am a massive fan of his," he admitted.

Another highlight was cooking dinner for Gordan Ramsay.

“After dinner, he came into the kitchen to personally thank each and every chef by shaking each of our hands. Suddenly, Gordon pointed at Sam, the sous chef at the time, and challenged him to an arm wrestle because Sam had the firmest handshake.

“Sam isn’t exactly small - he’s about 6ft 2 and over 100kg, but Gordon annihilated him in about 1.3 seconds,” laughed Hogg-Wharekawa. 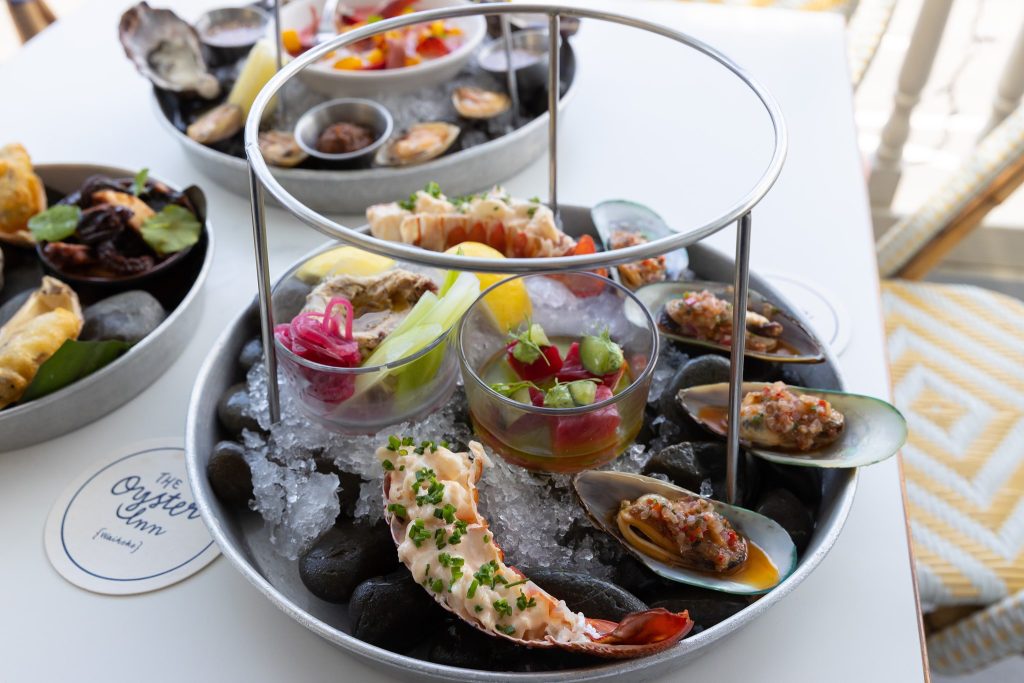 After being overseas for the last 13 years, Hogg-Wharekawa has returned to New Zealand.

“Now that I’m back, I’m reacquainting myself with the fantastic produce we have available here and incorporating what I’ve learnt on my travels.

“There will be some great dishes at The Oyster Inn this summer.”

Although the pandemic has greatly affected the restaurant, Hogg-Wharekawa found a silver lining.

“As chefs, we seldom get much time off work. Since the lockdown, it’s given us an opportunity to have some time off, and I see that as a positive thing. It’s also allowed us to focus on some maintenance and giving the restaurant a bit of TLC.”

Hogg-Wharekawa was working in New York when the Covid pandemic initially hit in early 2020. He said the biggest shift to allow hospitality businesses to keep trading was a focus on outdoor dining.

“Usually, New York is quite strict on the rules and regulations of outdoor dining, but once the pandemic hit, they loosened the restrictions to allow businesses to utilise sidewalks, courtyards, even bike lanes.

“In some instances, streets were closed to cars so restaurants could set up a whole dining room on the street.” 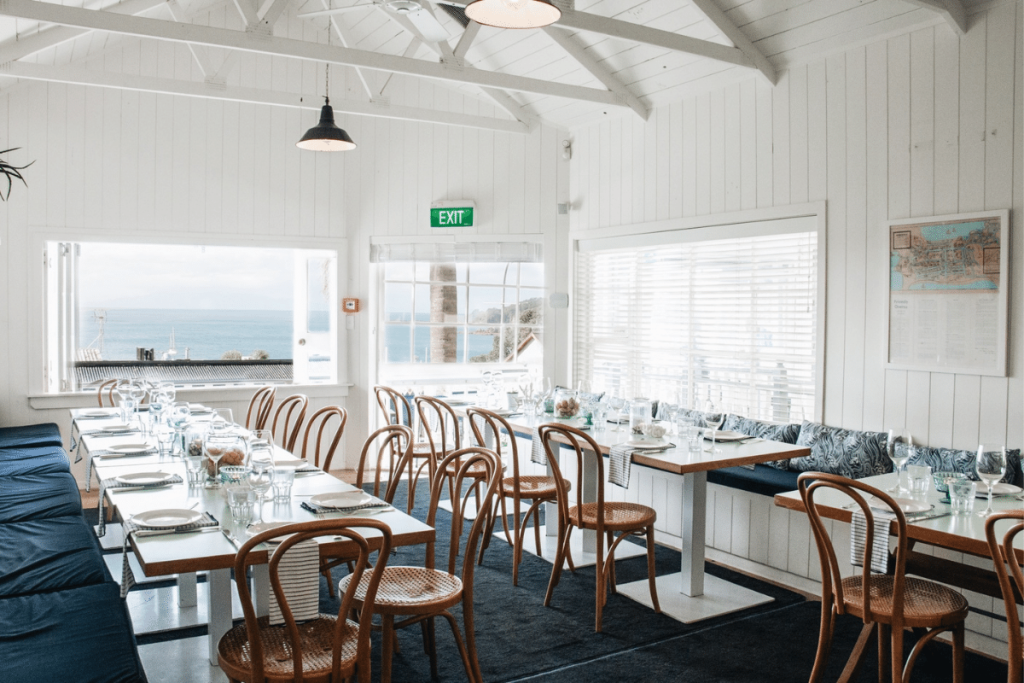 Hogg-Wharekawa believes there is a bigger demand for outdoor dining due to the pandemic but said it could be challenging for some businesses here, depending on factors like their location.

Reflecting on his successes, Hogg-Wharekawa said he’d had an amazing career, and if you are hardworking, passionate about food and work alongside some passionate characters, you can go very far.

Much like pavlova, lolly cake and hokey pokey, the afghan biscuit is a true Kiwi classic. Now the beloved bikkie just got better with…