Have you got what it takes to represent New Zealand on the world stage?

The Lee Kum Kee NZ Developing Chefs Challenge is back, and organisers are looking for aspiring young chefs to compete for a chance to represent New Zealand.

A $3,000 cash prize, a year-long ambassadorial role and an opportunity to compete at the international final in Hong Kong await the winner of this year’s challenge.

Aspiring chefs have until 1 August to get their entries in. Open to chefs aged 40 years and under and who are either working or training in New Zealand, entrants must first submit a Chinese or Chinese-inspired dish and video online, using a minimum of three Lee Kum Kee sauces or condiments and a main ingredient of beef, lamb, pork, chicken, salmon or vegetables.

Supported by Gilmours and Trents, the New Zealand challenge will be held at Maincourse in Auckland on 23 August. There, contenders will have 90 minutes to make and present their dish to a judging panel including guest judge Khai Yee ‘KK’ Khor, head chef at hot new Auckland eatery Ghost Street, part of the Comensa Group which also owns award-winning eateries Café Hanoi, Saan and Xuxu Dumpling Bar. 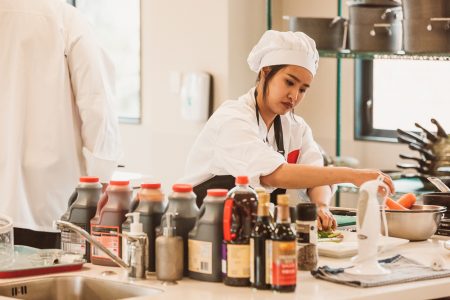 Also on the judging panel are Paulie Hooton former head chef at the Auckland Seafood School and at Oyster Inn on Waiheke Island, and Mark Dronjak, a seasoned chef with over 40 years in the kitchen and a wealth of published work across radio, newspapers and magazines.

Like the rest of the world, organisers have had to adapt as a result of Covid-19 and the ongoing restrictions on travel and events.

With the 2021 Lee Kum Kee International Young Chinese Culinary Chefs Competition in Hong Kong postponed, the winner of this year’s challenge will now join Sitinjak in representing New Zealand at the next international – currently pencilled for September 2022.

By all accounts, the duo will be in for a bumper battle, with many countries expected to put forward multiple contestants. 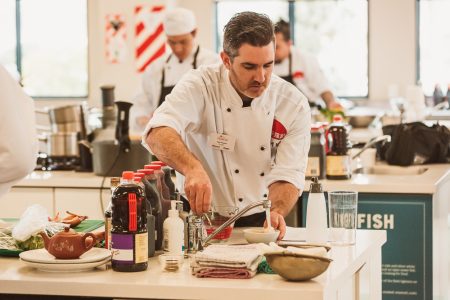 The first New Zealand challenge in 2018 saw winner Xiayi Luo from Elim Hospitality in Auckland travel to Hong Kong, where she competed against representatives from over 20 countries, the winner taking home a cash prize of HK $130,000.

The second and most recent challenge in 2020 saw Invercargill chef Stefenpon Sitinjak compete alongside five other finalists, his winning Chinese - Malaysian dish described by judge Paulie Hooton as “beautifully flavoured - every mouthful right down to the wonderfully fragrant coconut-infused rice.”

Excited to see who this year’s winner will be, Alisdair Methven, National Account Manager Foodservice at Acton International Marketing noted that the Lee Kum Kee event is a major opportunity for career development. 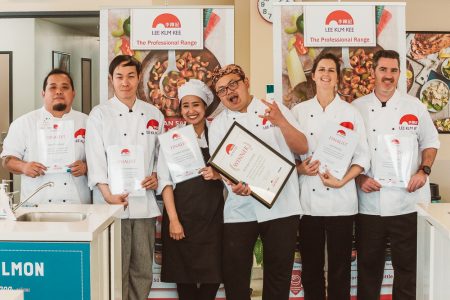 Chefs have until midnight 1 August 2021 to make their submissions. More information, the entry form and terms and conditions can be found at NZdevelopingchefs.co.nz

Renowned for inventing oyster sauce more than 130 years ago, Lee Kum Kee is one of the world’s most recognisable makers of authentic Chinese sauces and condiments and has been popular in both commercial and home kitchens across New Zealand since the 1970s. Acton International Marketing is Lee Kum Kee’s sole distributor in New Zealand.

Visit acton.co.nz and keep up to date on Facebook.

Good George Brewing will open a new brewery and pub in Matamata in July. The venue will be launched by two pairs of brothers,…