Popular Auckland restaurant, Euro is paying homage to its beginnings by celebrating a certain je ne sais quoi and bringing haute cuisine to the fore this winter. 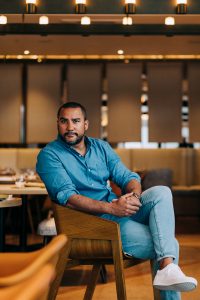 French-inspired fare partners with Parisian works from award-winning photographer Alistair Guthrie, for a sumptuous experience set to transport diners from the newly refurbished restaurant to the City of Lights.

Reminiscent of classic bistro gastronomy, the decadent new menu has been designed by executive chef Gareth Stewart whose background is rooted in French cuisine and fine dining.

“I learned how to enjoy the French way of cooking from a young age. Spending time in French-inspired kitchens allowed me to truly master their techniques and philosophy, which for some time I truly believed was the only way,” commented Stewart.

“Euro’s winter menu brings all of this together, combining rich comforting flavours with a Kiwi twist and a story to tell through every dish. French cuisine speaks to passion and expression – something I’ve always admired – and I want to pass that onto guests.” 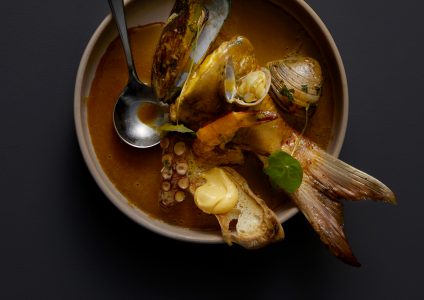 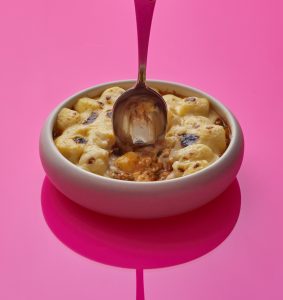 “Each dish has been inspired by my time in Europe but recreated in the Euro kitchen utilising New Zealand ingredients sourced from local suppliers,” continued Stewart.

“For example, the bouillabaisse recipe comes from the shores of Marseille and I learnt how to make it while working at the Michelin star Greenhouse restaurant in London. We make it like a French nana would as it’s not something that you throw into a pot and walk away from. You stand over it, scraping the base to keep the dish moving all while smelling, watching and listening.”

Complementing the food is a unique collection of cocktails created by mixologist and bar operations manager Katie Cramphorn, crafted to imbibe on their own or alongside Stewart’s range of delicious dishes.

Apéritifs include the Midnight in Paris with cognac, apricot, raspberry and Champagne, a classic Sidecar with brandy, Cointreau and lemon and the warming Winter’s Bone which blends spiced brandy with fig, red wine, lemon and egg whites. 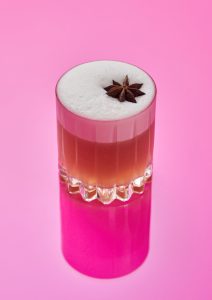 Accompanying the menu is an intriguing selection of personal photographs captured by Taranaki-born Guthrie in France in 1999 - the same year Euro opened.

“The images evoke a poetic, fragmentary sense of the country and my passage through it back at the turn of the millennium,” said Guthrie.

“I spent six months there with my wife Astrud, who has a family connection to the region, and our 18-month-old daughter Augustine.”

The trio’s travels began at Cote d 'Azur in the South, where the image of an elegant swan was taken, through to Paris where they lived in a one-bedroom apartment in the Marais district. It was here that Astrud inscribed the word PARIS with her finger through the condensation on the glass one crisp morning and Guthrie captured it on camera.

Renowned for his honest, dynamic photographs, Guthrie’s observational approach celebrates this fleeting moment, while the soft focus reinforces the intoxication of inhabiting a city both steeped in romance and routinely romanticised. 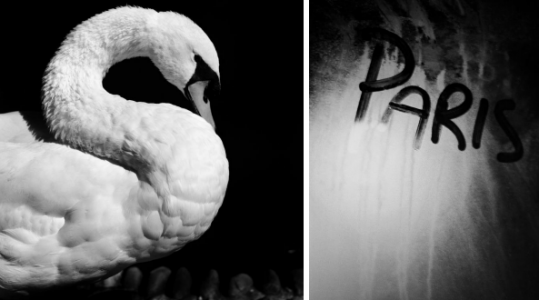 “Parisians have cultivated an almost mythic quality to the city – the capital of love, cuisine, wine, fashion and culture. These photographs bring back a fond remembrance for the intimate moments in which they originated,” he said.

“There is, perhaps, an almost dreamlike quality to them, while they also assert their presence in the here and now. In 2021, at a time where we are unable to travel as freely as before, this suite of images connects us across vast distances of time and space: between life in Aotearoa and in France, between the private and public, between capture and release.”

Guthrie’s artwork will be on display throughout Euro this winter, contrasted against the backdrop seasonal colours of hot pink and clementine utilised across the restaurant’s plates, serveware and cocktails.

McDonald’s has sacked CEO Steve Easterbrook because of a consensual relationship he had with an employee against company policy. Easterbrook had been serving as…