Gabby Sanders aged 23 who works at The Monday Room in Christchurch has impressed judges with her menu to win gold, securing a trip to Melbourne where she will represent the South Island in the grand finals of the 2022 Nestlé Golden Chef’s Hat Award.

Gabby said she was elated with the win, after successfully creating a two-course menu of Hoisin Glaze Pork, Black Vinegar Dumpling and Umami Broth followed by a dessert of Chai Spice Cake with Pear, Coffee, Pecan and White Chocolate. 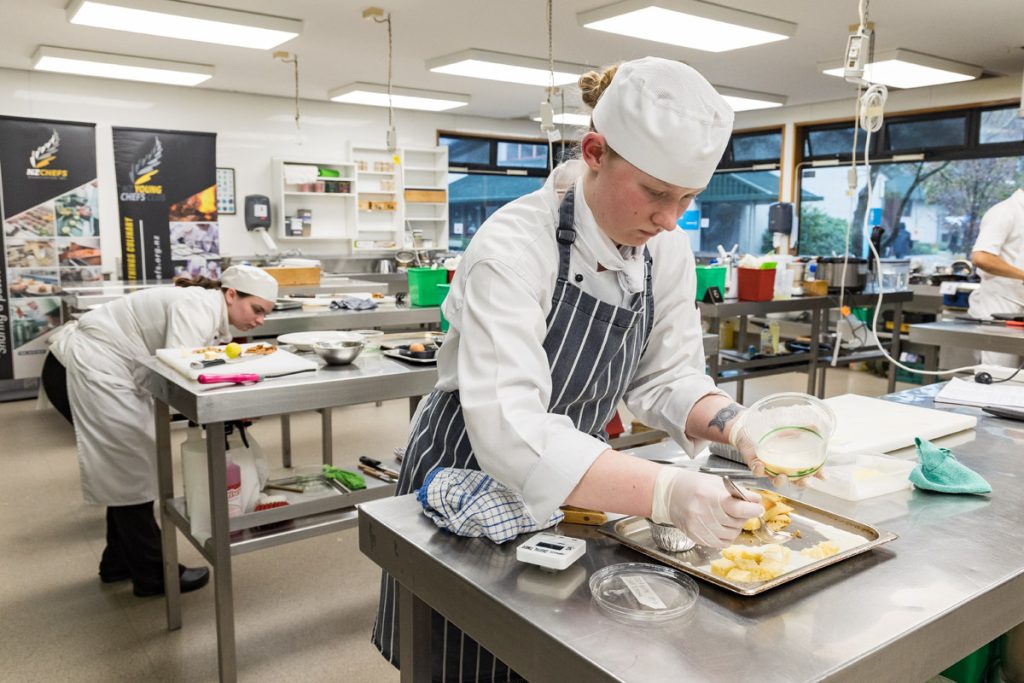 “The dishes of our 2022 line-up of chefs have their cooking rated by world-class judges. Whilst this can be challenging, being judged to globally recognised standards are the best way for young chefs to challenge themselves to create magic on a plate. Gabby really delivered on the day with a considered and well executed menu,” expressed Karlie Durrant, Communications & Sustainability Manager at Nestlé Professional.

“The Award is so much more than a competition. We’re thrilled to be back to chef-to-chef cook-offs all the way from regionals to the grand final for 2022. It will allow all competing chefs to make connections with their peers, network with key people in the industry and broaden their culinary horizons.

“Gabby really delivered on the day with a considered and well executed menu that stood out from the rest. We’re excited to see Gabby going forward to represent the South Island and can’t wait to see what she creates under the intense pressure and thrill of the grand finals.” 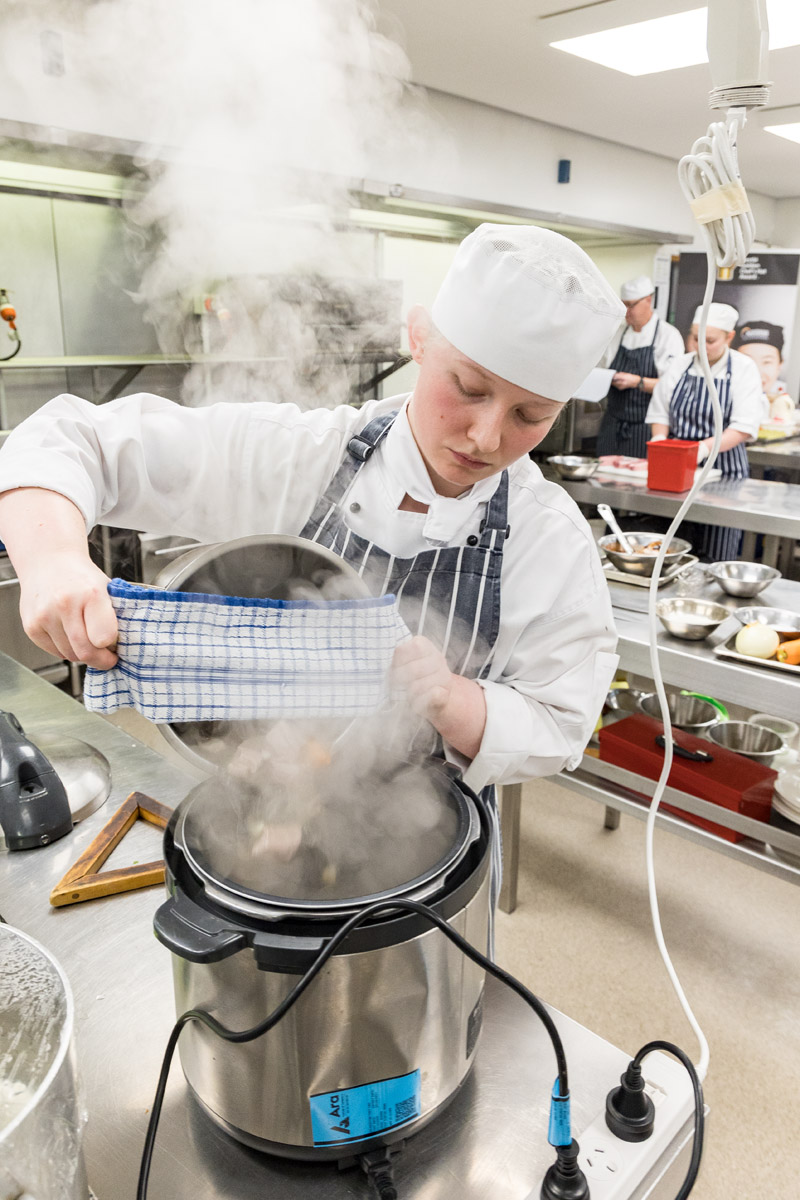 Culinary talent Gabby is now one of 12 top chefs from across Australia and New Zealand gearing up to do kitchen battle at Fine Food Australia in Melbourne this September, where one winner will take out Golden Chef of the Year and a $10,000 cash prize.

As Australia’s longest running culinary competition for young chefs, now in its 57th year, the Nestlé Golden Chef’s Hat Award is giving young chefs the chance to showcase their skills at live regional and grand final cook-off heats, with culinary prizes on offer at every stage.

In addition to the ultimate Golden Chef of the Year $10K cash prize, two new $2.5K culinary tuition cash prizes for Best Savoury Dish and Best Dessert Dish have been created. These prizes will recoginse the individual skill of the young chefs and contribute towards completion of their culinary tuition fees.