In a world-first, diners across the country will be asked to "pay" for their leftovers as not-for-profit organisation, Everybody Eats, launches its new fundraising initiative to help tackle food poverty in New Zealand.

As part of its ongoing effort to feed vulnerable Kiwis, Everybody Eats has created the Goodie Box, a cleverly reimagined “doggy bag” for restaurant diners who don’t finish their food. Filled and placed on tables at the end of meals, the boxes will enable diners to make an instant $5 donation with Apple or Google Pay by scanning a QR code on the box.

Championed by well-known restauranteur, Al Brown, the initiative is kicking off in 37 of New Zealand’s top restaurants, from Brown’s restaurants Depot and The Fed to other Auckland favourites; Cotto, Gochu and Culprit, Wellington’s Field & Green, and Arrowtown’s La Rumbla – with more signing on every week. 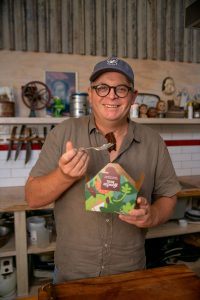 Each $5 donation will provide a nutritious three-course meal at an Everybody Eats kitchen.

“In a moment where there’s too much food, we’re asking diners to think about the other side – those Kiwis who can’t afford anything for dinner, let alone treat themselves to a nice restaurant meal. And of course, we actually want people to take their leftover food home, instead of leaving it for the bin,” commented Nick Loosley, the founder of Everybody Eats.

“Kiwis enjoy some of the best food in the world, so for many of us, the idea of having nothing to eat is a very foreign one. Yet, it’s a reality for 1 in 5 Kiwis according to the government.”

Brown is encouraging other Kiwi restaurants to join the scheme.

“As a guy who’s in the kitchen every day, I know how much energy goes into great restaurant food, so it really pains me to see so much of it left behind. Especially when every day, thousands of Kiwis out there go hungry,” he expressed.

“The amount of food waste in New Zealand is heart-breaking, so offering our customers a Goodie Box, to help feed those who can only dream of a nice meal, is a no-brainer to me. If you have a restaurant and you’re not involved, we’d love to have you on the team.”

Loosley went on to note that Kiwis are a polite bunch, and the idea of asking to take leftovers can feel a bit awkward at times.

“Unfortunately, this stigma is leading to significant food waste, all while a lot of people struggle to put food on the table – something we should be a lot more concerned about. That’s why we put the box right there in your hands, so there’s no longer a reason not to take it.” 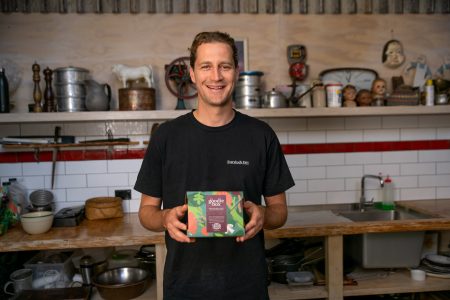 This sentiment has recently been ratified by research from Love Food, Hate Waste, revealing that 87 percent of Kiwis would love to be offered a doggy bag if they can’t finish their meal, but only 5 percent of Kiwis have ever been brave enough to ask for one.

With the compostable takeaway boxes generously supplied by Innocent Packaging, Everybody Eats expects the Goodie Box to be a hit with diners and restaurateurs alike.

“The demand for our service is higher than ever in 2021, and we hope the Goodie Box will help plug the gap,” concluded Loosley.

To learn more or get Goodie Boxes in your restaurant, go to goodie.co.nz

With the most anticipated sporting event of the year approaching fast, many New Zealanders are asking the same question—will Spark Sport hold up? Although…