As previously reported in Restaurant & Café magazine, Potatoes NZ submitted an application to the Ministry of Business, Innovation & Employment (MBIE) earlier this year for anti-dumping duties on frozen potato products originating in Belgium and the Netherlands. The application was based on the real threat of material injury to the New Zealand potato industry.

The threat was a result of huge surplus inventories of frozen potato products and processing potatoes in Belgium and the Netherlands, arisen through the impacts of the COVID-19 global pandemic causing supply chain disruption in hospitality industries worldwide.

The surpluses, combined with the support the European industries received from their governments, was set to drive export prices down further, increasing dumping margins and the threat to the New Zealand industry.

Now, local potato growers are feeling vindicated by the launch of a formal investigation into the dumping of cheap frozen fries from Europe by MBIE.

While reviewing the application, MBIE noted that in the first six months of this year, Belgium and the Netherlands combined had exported 2076 tonnes of frozen potato fries and wedges, which was more than half of their total annual exports last year of 4040 tonnes.

“Potatoes NZ has provided sufficient evidence that the average prices of allegedly dumped frozen potato fries and wedges imported from Belgium and the Netherlands have undercut the New Zealand industry’s average selling prices for some period examined, and that there is a likelihood that prices could remain at low levels,” MBIE said in its initial report.

“The forecast also shows that the New Zealand industry will experience price depression and price suppression in the next 12 months.” 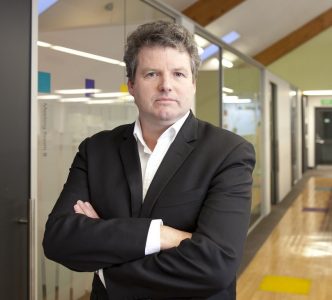 Potatoes NZ chief executive Chris Claridge said the industry hoped the Government would take anti-dumping action against the European imports. Without government intervention, the impact of dumping would lead to producers leaving the industry, he said.

While the investigation was being carried out, Claridge noted that Belgian and Dutch companies would be on notice that their actions could be in breach of international trade rules and might result in retrospective tariffs if MBIE's investigation found cheap frozen fries were being dumped in New Zealand by the European countries.

“If we can’t compete against the imported frozen fries, which are being dumped into our marketplace, it means you don't have any industry left. All your fries are imported,” concluded Claridge.

“We believe in free trade but that does not mean no rules. This investigation is following World Trade Organisation rules.”

Click here to read more about the frozen chip saga.

For a commercial kitchen, leasing equipment can sometimes be the best idea. Starting up a business takes a lot of capital, and it is…