McDonald’s has introduced, for a limited time, the Five Piece Feast. The meal consists of a Big Mac, three chicken nuggets, small fries, small soft drink and a sundae, all for only $10. Sounds like a smashing deal, right?

The fast-food giant has advertised this special deal on TV and across social media, the Facebook post promoting the deal has had over 100 shares and 3.1 thousand comments since it went up yesterday morning. That’s a pretty successful campaign so far, with thousands of Kiwis hungry to get their hands on a $10 feed. 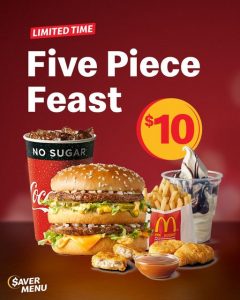 When you start to read through the comments, however, it becomes very clear, very quickly that this meal deal isn’t all it’s cracked up to be.

A customer wrote that they went to McDonald’s Quay Street, excited to get a sweet deal for lunch, unfortunately, the drive-thru operator had absolutely no idea what the customer was talking about. Surely a restaurant can only participate if its employees know what’s going on.

The customer explained that the deal had been widely advertised, the operator was still confused. Had the customer imagined the deal in some sort of fast-food craving fever dream? Nope, it was right there on the McDonald’s website.

Now that the operator was finally on the same page, he had some bad news, the soft-serve machine was down (is it ever “up” at McDonald’s Quay Street?). A sundae is part of the deal so the customer patiently waited to be offered an alternative – after all, it’s not her fault a vital part of the meal could not be made.

This alternative did not come. The customer, fed up by this point, settled for a small Big Mac combo - less food than the deal and for 70c more money.

I believe this situation is called a Bait and Switch – something is offered to draw a customer in, the offer isn’t actually available, the customer ends up buying something else instead and usually ends up spending more money.

Pretty shameful racketeering for a huge brand, especially at a time when budgets are tight. 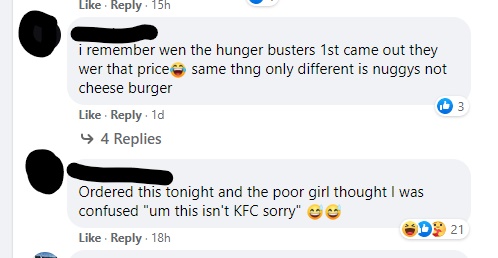 It’s not an isolated situation either – another customer commented that when they tried to buy the meal from their local restaurant they were told “This isn’t KFC.”

So, McDonald’s where are these participating restaurants, perhaps you could draw us a map? Why are you not letting your staff know about the deals Head Office are promoting? And if one element of a deal is unavailable, is it fair for the customer to have to settle for something else at a greater price?

The Consumer Rights Institute might be interested in this little meal deal quandary, in the meantime, McDonald’s should probably expect a few complaints coming their way.

Chef and restaurateur Sid Sahrawat has revealed a bold new menu direction for his award-winning fine dining establishment, Sidart. Sahrawat announced in May that Sidart’s…