Just days after the February 2011 earthquakes, a Christchurch farmer’s market was launched, and a global pandemic won’t stop it from celebrating its 10 year anniversary.

The Opawa Farmers’ Market on Fifield Tce this Sunday will solidify the market’s longevity as it marks its 10th anniversary, despite facing serious challenges over the years. The most recent challenge was the move back to Alert Level 2.

While other events have had to be cancelled or postponed, the Opawa market’s ability to operate during Alert Level 2 meant it could still celebrate its anniversary this Sunday, though with a few tweaks. There would be no seating or buskers to discourage loitering, and more Covid tracer QR codes would be on display.

Market founder, Doug Hesp, noted that many people were nervous to return to supermarkets following the 2011 eathquakes and the market provided a safe place for locals to get their groceries. His dedication is such that he visits the farms of prospective stallholders before they join the market.

Although it appeared to be created in response to the quakes, the market had been planned months prior and, fortuitously, all the growers and producers had already been secured, many of whom lost all of their usual outlets due to the disaster. The market has been held more than 500 times since it was first started. More than 1000 tonnes of local produce has been supplied through it over the past decade.

The market's inception in 2011 was a welcome arrival to the Opawa suburb, providing a space for locals to connect and purchase local produce, as well as other staples from Canterbury growers and producers.

This Sunday’s market on March 7 between 9am to 12pm will feature three large hampers in celebration of the 10th anniversary. The Opawa Farmers’ Market runs every Sunday from 9am to 12pm at 275 Fifield Tce. 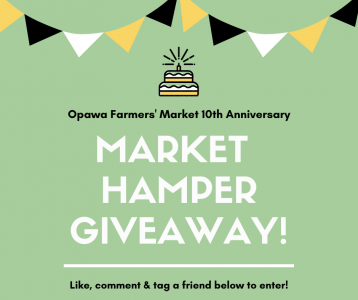 Parnell-based restaurant, Pasture, has claimed the title of Metro Peugeot Restaurant of the Year, as well as owner, Ed Verner, winning best chef. Despite…