Since winning Masterchef NZ, the sisters have toured the world, written books, won international awards, and featured in television series.

“Matariki is a time for us to re-think about our kai and where our kai comes from so, when we were designing the recipe, we wanted to try to include as many stars in there as possible," noted Kārena.

"There is smoked lamb too. We wanted to celebrate the hāngi, which is something we do when we are celebrating Matariki.”

Kārena explained that they tried to combine traditional flavours that they enjoy eating at home by reinventing and combining them in new ways.

“The lamb is smoked, and we made a kūtae vinaigrette with green-lipped mussels. We also used watercress and made a watercress and kumara gratin,” she said.

“I think we find inspiration really quickly and really easily, especially when the ingredients are amazing. I think in terms of Matariki and traditional ingredients we are not always able to eat some of the native ingredients that we’re used to, especially in terms of protein. For us, it’s kind of creating what our modern Māori kai looks like if we can’t eat the things that we traditionally liked to eat.

"Unfortunately, we couldn’t have a kereru as part of our Matariki menu. So, we’re making like a karingo beurre blanc to go with pork this year. We are going to be making a kina vinegarette to go on the oysters. We like to take those traditional ingredients and use them in different ways.” 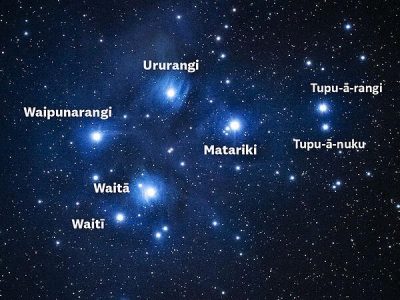 “At the moment for us, obviously, it’s about thinking of those we’ve lost in the year that has been and being really grateful for what we have now and then planning for the future.”

Kārena noted that this is the time of year when she and Kasey sit down and plan for the remainder of the year, which is an exciting time for them.

“For us, kaimoana is always a big one, obviously living in Maketū by the moana. We love to cook pipi and fish. I think what the key is, in terms of when you’re cooking, is just taking things you know and love and maybe trying something a little bit different, getting a bit creative with it,” said Kasey.

“There is the Matariki Ball coming up, there’s always a community Matariki Ball and I work with everyone who's in the kitchen, all the ringawera down there and so we have people going out and they’re getting eel and they're getting flounder and then they bring it back and then they watch me do weird things with it,” added Kārena.

The pair’s next cookbook is one exciting project coming up, a book that they’re writing entirely in Te Reo Māori.

“We’ve actually spent the last couple of years, kind of dedicating a lot of time to learning Te Reo Māori and that’s been really exciting for us and we’re really looking forward to putting that together,” concluded Kasey.

“We’ve been fortunate with our other books to win ‘Best TV cookbook’ in the world, so I think this is actually going to be a really exciting chapter for us and we’re excited to see how that is all going to come together.”

Check out their delicious recipe for Mānuka Smoked Lamb Leg with Green Lip Mussel Salsa and Kūmara and Watercress Gratin, created by Karena and Kasey Bird for Silver Fern Farms. 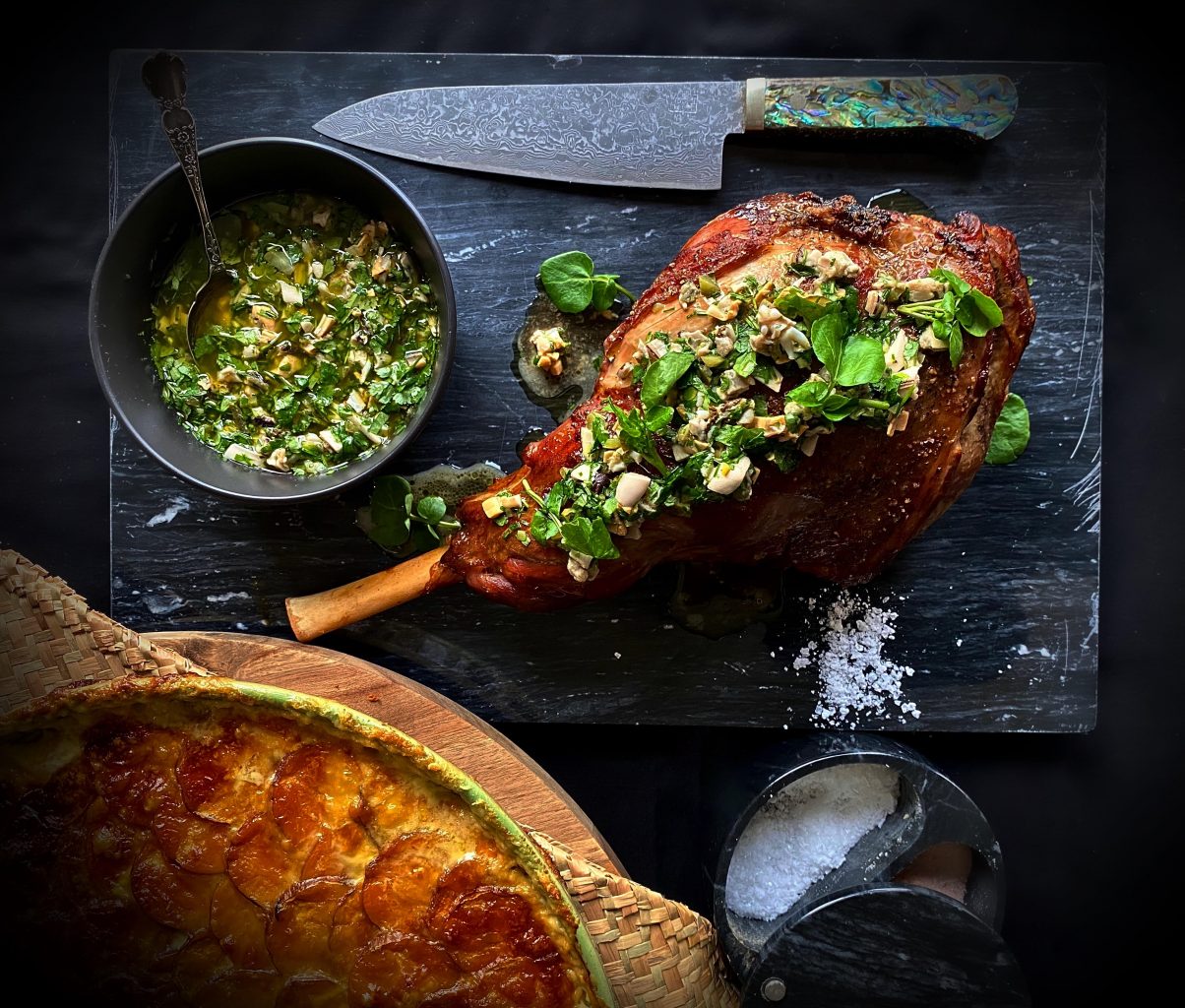 For the Kūmara gratin:

Salt and pepper to your liking

Mix together all of the ingredients for the marinade. Dry the lamb leg off, place it in a roasting dish and pour over the marinade. Add a small amount of water to the bottom of the roasting tray and roast for 1 hour and 15 minutes.

To smoke the lamb, prepare your fish smoker as usual and place the woodchips in the bottom of the smoker. Smoke for 15 minutes. Remove from the oven and rest for 15 minutes.

For the Kūmara Gratin:

Whisk together the cream, garlic, salt, and pepper.

Set a portion of the cheese aside to sprinkle over the top at the end. In an oven dish, layer a quarter of the Kūmara, then watercress and cheese. Keep repeating until the dish is full and finish with one layer of Kūmara. Pour over the cream mix and finish with cheese. Bake for 40 minutes or until the Kūmara is tender.

For the Green Lip Mussel Salsa:

Mix together all the ingredients to make the salsa and season to your liking. Serve with the Lamb.

This story first appeared on teaomaori.news and has been republished with permission.