London restaurants Core by Clare Smyth and Hélène Darroze at The Connaught have both been awarded three stars in the Michelin Guide Britain & Ireland 2021.

“We are absolutely thrilled with the news and want to thank Michelin for recognising our hard work particularly during such an unprecedented time,” commented Smyth, who opened Core in 2017 and has already won many plaudits for her elegant dishes that celebrate British produce.

Chef Andrew Wong’s flagship restaurant A. Wong became the first Chinese restaurant in the UK to achieve a two-star rating. Meanwhile, Indian fine-dining restaurant Benares regained its star having lost it in 2020. 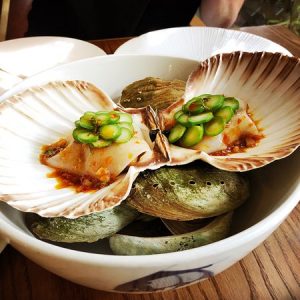 In Scotland, longstanding Glasgow restaurant Cail Bruich, which is led by Andrew was awarded its first star and in the Republic of Ireland, Ahmet Dede’s modern Turkish restaurant Dede also received a star.

Normally taking place in October, the announcement of the new stars comes at an unprecedented time for the hospitality industry. Michelin said the inspectors used the same methodology and looked for the same standards as they do in any year.

“This has been a hugely challenging period for the hospitality industry and our thoughts remain with all those who have suffered from the pandemic and by the restrictions that been put in place,” said Gwendal Poullennec, international director of the Michelin Guides.

“We were heartened by the number of chefs who called us during the year to ensure we were still going ahead with the Guide and our yearly awards. The Michelin Guide is about so much more than recognising those at the top of their profession; it is about promoting the hospitality industry as a whole and we want to shine a light on the hard work, tenacity and commitment of chefs and restaurant teams.”

The Michelin Guide also awarded 23 restaurants with green stars which highlight restaurants that are leaders in sustainability practices. It is the first time green stars have been awarded in the UK, having debuted in the French version of the red book in 2020. 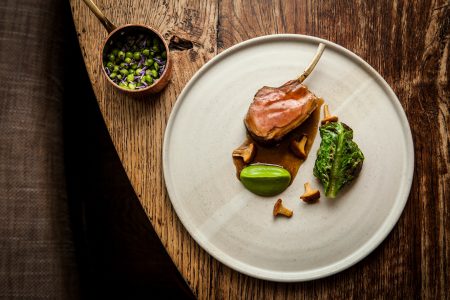 The Black Swan was awarded a Green Star

The various criteria restaurants were chosen under include championing local produce, being pioneers in the fight against food waste or being leaders in vegetable growing and have been selected on the basis of research and fieldwork carried out by inspectors.

“Launching a brand new distinction dedicated to sustainable gastronomy shows that our recognition of restaurants goes beyond the search for the best cooking,” noted Poullennec.

“It enables us to also turn the spotlight on those with a great sense of responsibility towards the environment.”

Lovers of the classic pineapple fritter will be clamouring for more with Wendy’s new Sticky Summer range. Showcasing the Kiwi favourite in all its…