It’s enough to make even the staunchest beer-lover weep, 7000 litres of locally brewed, slightly old beer poured down the drain.

Brewed at West Coast Brewery in Westport and stored in vats and kegs, the beer had to be dumped because excise duty had not been paid and as a buyer for the beer could not be found, New Zealand Customs, which has been trying to liquidate the company, wanted it destroyed.

Excise is a form of tax imposed on domestically manufactured tobacco, fuel and alcohol. Anyone who makes, sells or gives away excisable items must pay excise duty. 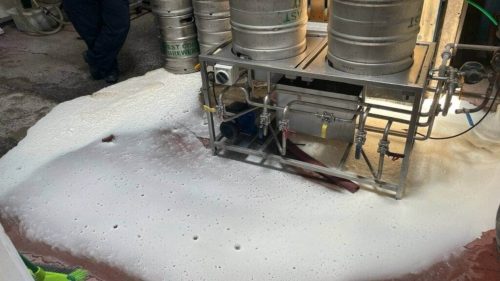 The beer being disposed of was brewed in about April last year and still needed further processing.

For those mourning the loss of Westport’s only brewery and beer tasting room, which was popular with visitors and locals, hope is around the corner. Luke Robertson, a beer writer and beer expert, born in Westport, has bought the brewery’s equipment and lease, and is due to arrive from Australia in mid-December with his partner Emma.

Mr Chips is synonymous with Golden Fries since way back in 1970. Mr Chips Golden Fries are made from premium Agria potatoes grown in…