Fuelled by a pioneering spirit since it was first established, Saint Clair Family Estate has deep roots in history and a fresh outlook toward the future.
The story of Saint Clair is inscribed in its name, which originates from the vineyard property that pioneer James Sinclair settled when he built one of the first homes in Blenheim, contributing to the early development of the town.
Today, the company is proudly 100 percent family-owned by Neal and Judy Ibbotson, viticulture pioneers in Marlborough since 1978. They established Saint Clair Family Estate in 1994, out of a desire to extend the quality achieved in the vineyard through to the finished wine, instead of merely supplying grapes to local wine companies. 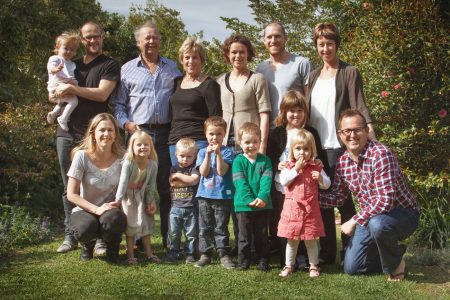 Neal and Judy Ibbotson with their children and grandchildren

Their move proved to be successful, and the next Ibbotson’s generation is certainly not sitting back. Their son Tony owns ‘the Creative Method’, a Sydney-based design consultancy business, and has been taking care of all Saint Clair’s packaging, promotional material and advertising from the start. Daughters Sarina and Julie, on their parts, both work within the business in sales and marketing.
Marlborough’s mix of climate and soils must have played a role, but becoming an award-winning brand essentially remains a team task; Neal’s extensive viticultural expertise, combined with the talent of winemakers Matt Thomson and Hamish Clark, are able to create world-class wines that exceed all expectations. 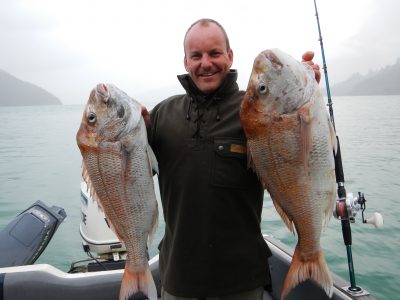 “We run a highly detailed and focussed operation all geared towards growing the best possible fruit and utilising this quality from the vineyards to produce wines of excellence, suitable for various type of customers,” said chief winemaker Hamish Clark.
‘Wine enthusiasts’ will find their own favourites among the Reserve range, Saint Clair’s finest release, handcrafted by the brand’s winemaking team to produce a wine of exceptional character. For those seeking a lifestyle range with lots of personality, Saint Clair Vicar’s Choice is a fun, light-hearted selection. In between these two ranges there is still a broad spectrum of choices, all aimed to exceed Saint Clair’s customers’ expectations.
“We offer a range of varietals, styles and price points, sourcing from around 200 ha of vineyards in the key sub-regions of Marlborough,” said Clark. Taking approximately 70 percent of production, Sauvignon Blanc is the key varietal, followed by Pinot Noir. The rest forms Chardonnay, Pinot Gris and Riesling, among others.
Alongside Matt Thomson, Hamish Clark is a key member of the winemaking team. He started with Saint Clair in 2001 and over the years has held different positions, from laboratory manager and cellar hand to assistant winemaker.
“I grew up in Marlborough and worked a couple of vintages here, then took some time exploring other careers before realising the diversity of role and the job satisfaction cannot be beaten,” Clark said, offering a piece of advice for young winemakers setting out in the industry. “Be happy to start at the bottom and do so. Be competent at every job in the cellar, sponge all the information you can and ask lots of questions.”
Always looking to taste the next vintage, Clark admitted he hates corks (‘they ruin what would have been a great wine’) as much as he loves terroir-driven wines, ‘where our work as winemakers is to protect the purity of flavours and aroma.’
Expectations are high for the 2016 vintage. “We are aiming to be better than the previous vintages,” said Clark.
He does not believe that climate change is affecting the quality of wines as much as the changing weather season to season.
“It’s what differentiates the vintages to a large degree, so we embrace this. The notion that the years are getting warmer is not reflected as dramatically as the swings between El Nino and La Nina.”
Exporting is a large part of Saint Clair’s business, covering approximately 70 worldwide markets. In the near future, the company will be looking for new opportunities overseas whilst continuing to work with its current distributors. 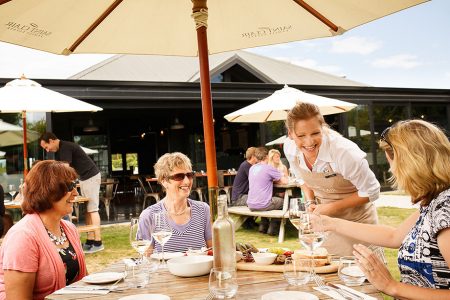