For the second year in a row, QT Wellington’s signature French fine dining restaurant Hippopotamus has earned a coveted Wine Spectator Best of Award of Excellence to celebrate its prestigious wine programme.

Featured in the international magazines’ annual Restaurant Awards dining guide alongside nearly 3,800 top establishments from 80 countries around the world, Hippopotamus is one of four restaurants in New Zealand to be recognised in the 2020 awards and the only restaurant in Wellington.

Hippopotamus is one of 1,387 restaurants to rank in the Best of Awards of Excellence category, reserved for those that invest time in extensive staff training, innovative menu pairings and showpiece wine cellars.

Stocked with more than 850 wines, the Hippopotamus cellar is particularly known for its unique range of classic and legendary wines from New Zealand and France. Ranging from the hyper-local Martinborough region to those further afield, the list also features selections from around the globe, spanning Italy, Spain, North and South America, South Africa, Australia, and even Iran.

Along with his talented team, head Sommelier and Restaurant manager Florent Souche handpicks each bottle.

“To receive this award is an incredible honour and testament to my team’s tireless dedication. We work seamlessly alongside Executive Chef Jiwan Do to ensure the highest quality of wines that pair perfectly with the restaurant’s dining menu,” expressed Souche.

Since earning a Wine Spectator award in 2019, Hippopotamus invested in a new cellar, allowing for an expansion of the restaurant’s wine offerings plus additions to the ageing cellar for future releases.

“Well-deserving of this honour, Florent and the Hippopotamus team have worked especially are throughout a year marked with both significant improvements to our cellar and unprecedented challenges,” said Ian Charlton, Hotel Manager of QT Wellington.

“Under the leadership of director of Food and Beverage Gordon Douglas, the team has introduced innovative ways to keep the Hippopotamus spirit alive while the restaurant is in hibernation.”

While Hippopotamus’ full operation is on a temporary break, Wellingtonians can still enjoy the curated collection of wines in their own homes. For those looking to add some exquisite lines to their collection, Hippopotamus launched its Takeaway Wine Cellar earlier this year, opening the exclusive cellar to the public for the first time in 13 years. 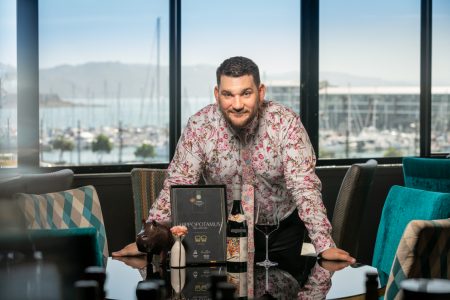 Hippopotamus’ Prestige Wine List collection boasts rare back vintages, half bottles, and other selections not commercially available or sold elsewhere. Some of the highlights and Florent’s top picks include:

For collectors or those with a special occasion to toast to, Florent is available to make personal recommendations.

To raise a glass to the Wine Spectator awards win, Head Sommelier, Florent Souche, will be hosting a wine pairing masterclass at Hippopotamus in August. Special vintages will be uncorked, and Executive Chef Jiwon Do will match delicious local delicacies to eight flights of wine.

The gluten-free market continues to grow apace. Christchurch-based brand GFTreets caters for those that do not want to miss out on their treat foods…