According to the survey, the average hourly wage in hospitality is up $2 to $24.43 – well above both the minimum wage and the Living Wage, including the new Living Wage rate of $23.65 that kicks in from September, while the average salary is up by $6904 to $72,558.

Are these numbers truly reflective of the entire industry? Surely the salary of an executive chef at a top hotel chain is going to skew the average. And we don’t know any kitchen hands receiving $29.00 an hour – the wage Hospitality NZ puts at the top end of the range for the position (with a median of $22.09).

When we asked the question on a local café owner’s forum on social media about what they thought of the numbers, one commenter noted:

“Stats hinder everything if the context is not added.”

The survey is of Hospitality NZ members, not the industry as a whole, and unless you’re a member, there are few details given about how they arrived at their averages. Hours expected of someone on a $72,558 salary, for example, are not shared, which could lead to unfair expectations of those looking to enter the hospitality sector. 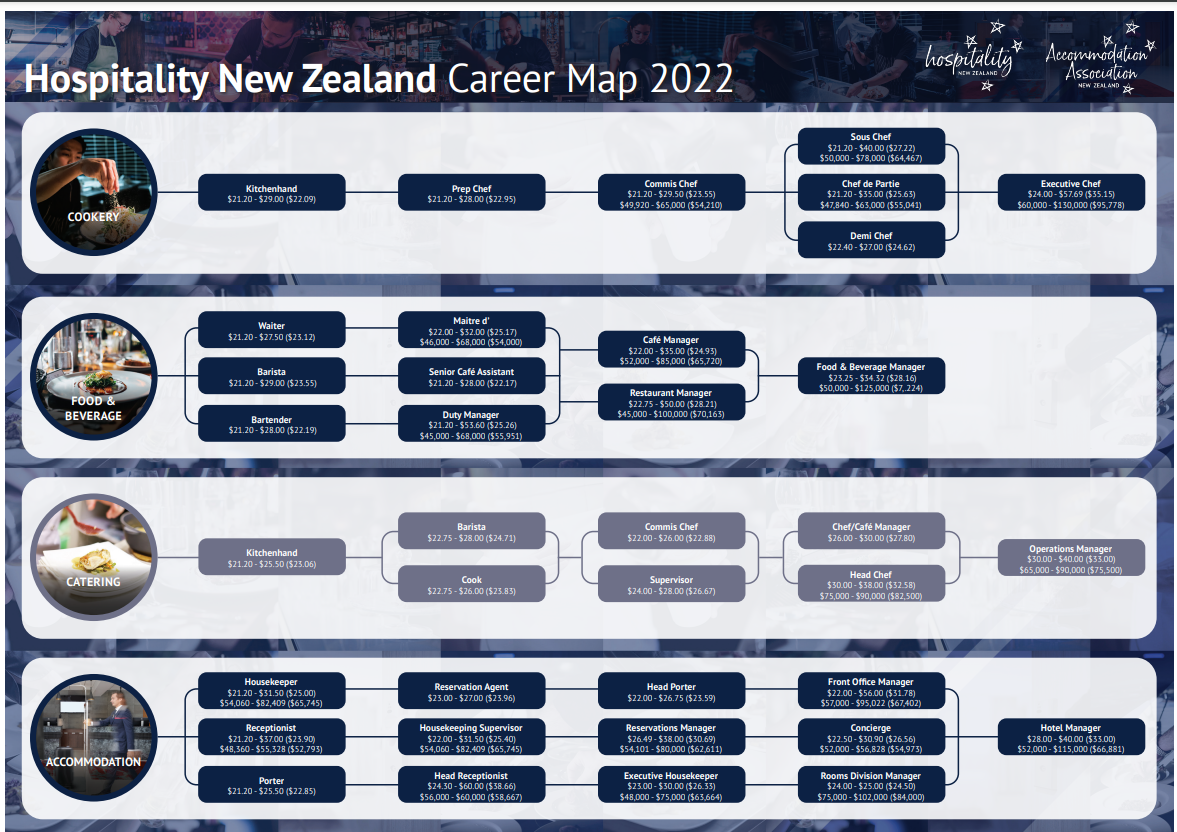 Hospitality NZ’s Career Path is a great way to inspire people into entering the industry and show how hospitality can be more than just a part-time job when you’re at University. But presenting an unrealistic portrait of the sector could be more of a hindrance than a help to an industry that is still struggling.

Hospitality is one of the backbones of Kiwi culture, but let’s stay honest about it, it’s a hard graft that can be ultimately rewarding if you are willing to put the work in and begin at the bottom.