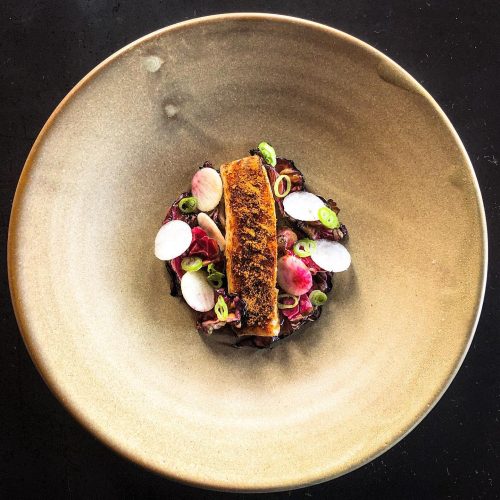 Moiety is a small restaurant located in Dunedin co-owned and operated by chef Sam Gasson.

Like many beginning their hospitality journey, Gasson began his career washing dishes in a cafe.

“I continued working in kitchens while studying in Wellington before deciding to study cookery at Otago Polytechnic.”

Once he finished his studies, he moved back to his hometown before travelling and working around the world for the next decade with a few New Zealand based roles thrown in.

Gasson said he aims to create food that evokes emotion by telling a story. This involves working with as many local producers as possible while remaining as ethical and sustainable as possible.

“My time as a chef has been riding the wave of progress. 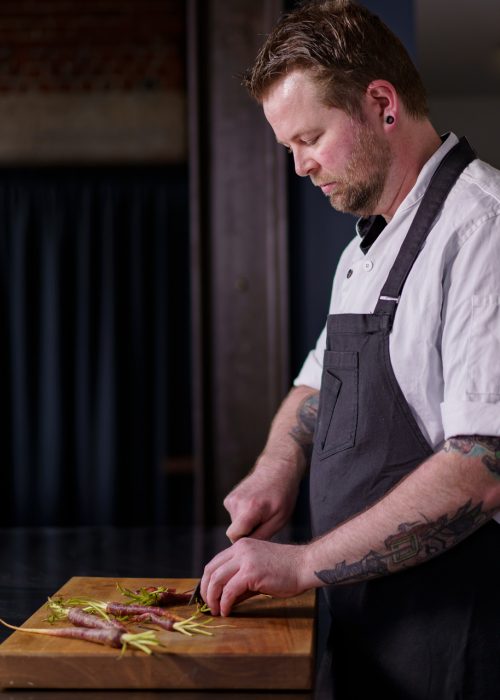 “In my early years, the focus was on very traditional French food and techniques. I saw the rise and fall of molecular gastronomy, El Bulli and the Noma Period.”

At Moiety, Gasson primarily cooks over charcoal, and the cuisine is influenced by Japanese techniques, which he described as “mostly technical, sometimes playful, always delicious.”

Technology is becoming a bigger part of the hospitality industry, and Gasson invested in automated processes to help improve the restaurant’s systems and management.

“We introduced the digital voucher. It’s automated from end-to-end, from purchasing to receiving to redeeming.

“Our food safety and ordering systems are now fully digital too. We log in our food safety and temperature data, and we get alerts from suppliers on stock availability which gives us quick access to premium products.”

The technology was designed in-house, said Gasson, because they couldn’t find anyone who understood the future of hospitality.

“Everyone thought about the businesses we’ve got now, but not the ones of the future.”

Gasson said automating these processes made everything easier and allowed him to focus on his core job, which is cooking. 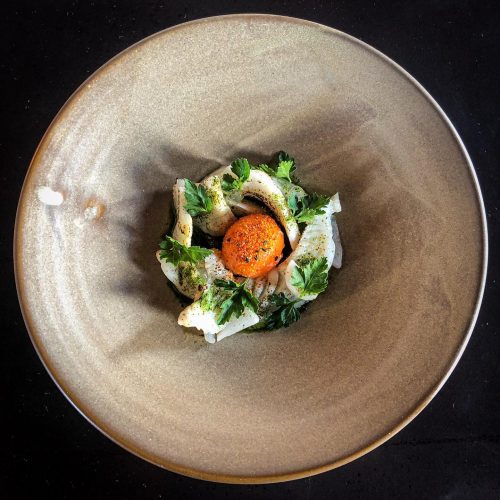 “Removing admin and repetitive processes, you can focus on what you enjoy doing most.”

Lockdowns and social distancing have affected everyone - in hospitality and every other industry - but Moiety’s small size and agile approach allowed the restaurant and staff to quickly adapt to whatever situation and restriction it finds itself operating under.

“Level 3 2020, we offered hot takeaways in the form of a dinner for two meal-pack.

“This year, our offering was more along the lines of what we offered before the original lockdown, which was a gourmet pantry of prepared items, sous vide meats, house pickles and ferments, and our ever-popular duck liver pate.

Gasson said there had been an increased demand for cooking lessons since the pandemic, but Moiety’s cooking via Zoom classes remove the formality and add a personal experience.

“It might be for an anniversary or something, and we work through the entire process with them, teaching and offering support as they cook the meal.” 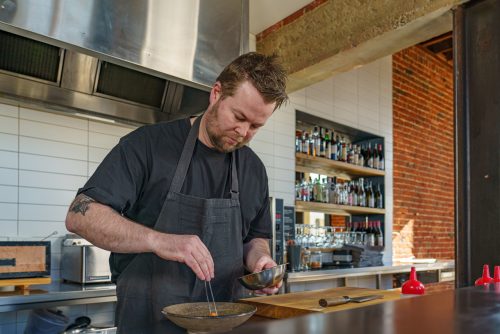 The severity of labour shortages has become blatantly obvious during the lockdowns, and Gasson believes it will continue to be the biggest issue for the industry.

“Without operators investing in the training and development of staff, this will only get worse. It’s not helped by those who are the voice of hospitality thinking the solution is for someone else to do the training and to import the labour.”

Gasson is hoping to become more involved in automation and robotics in the future and continue to help New Zealand progress to a more equitable food system.

The global cheese market has only continued to increase in recent years. A 2016 study showed that the industry was growing at a rate…