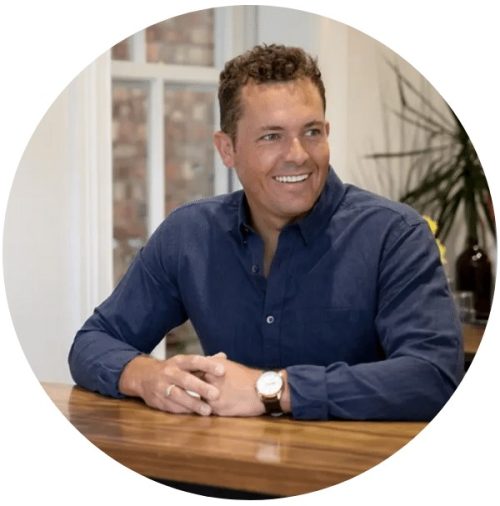 Margo’s Queenstown, the town’s only Mexican restaurant, opened in 2020 and has had a journey just as wacky and wild as its menu and design.

James Ace, Margo’s managing director, has been in hospitality for 15 years and got offered shares in two small businesses after moving to Queenstown in 2009. However, two years later, the owner needed an exit.

“I didn’t have any money, so I went to my uncle and asked him to support me in buying the businesses. He had a background in hospitality too, so after looking at the books, he was happy to back me.”

So, the uncle and nephew went 50/50 and paid the businesses off in one year.

A few years down the track, Ace and his uncle had different ambitions.

“I wanted to grow an empire, and my uncle wanted to cash in and live a comfortable life.

"So I bought him out and have since opened and sold a total of eight venues.”

Ace had venues in Auckland and Queenstown but after travelling back and forth, he and his business partner, Bert Haines, decided to just focus on Queenstown.

Now, Ace and Haines have four businesses in Queenstown and another opening at the end of the year.

Margo’s is situated above one of their other establishments, Rhino’s Ski Shack, an alpine themed après ski bar. 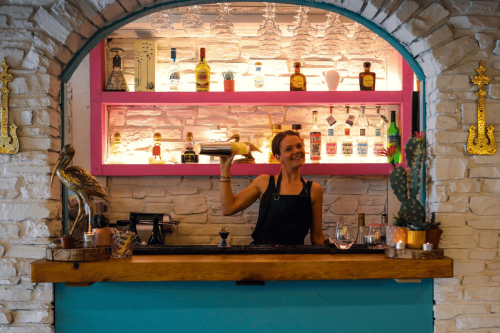 “In early 2020, we were about to press go and do our biggest, grandest fit-out yet, and then COVID happened.

“That was interesting because we thought ‘there’s no way we can go ahead with building this lavish restaurant;’ we’re about to have no money, no one knows what’s happening, and we don’t even know if our other businesses will survive.”

Ace went to his landlords and said, “we need out”, but they had a half-demolished restaurant on their hands that they couldn’t give to anyone else to operate.

“So, they said they’d back us but only if we proved we were serious.”

Ace and his team had the vision and the passion, so they decided to dress up the bones of the restaurant and deliver on the Mexican experience.

“We all got in there with our tools and finished the demo, and some local tradies helped us build this restaurant on practically no budget, finally opening in August 2020.

“Fortunately, people came in. Spirits were low because of the pandemic, and we’d opened this vibrant, high-energy restaurant - the only restaurant to open in Queenstown and the only Mexican restaurant in Queenstown too - that people loved and it hasn’t stopped.” 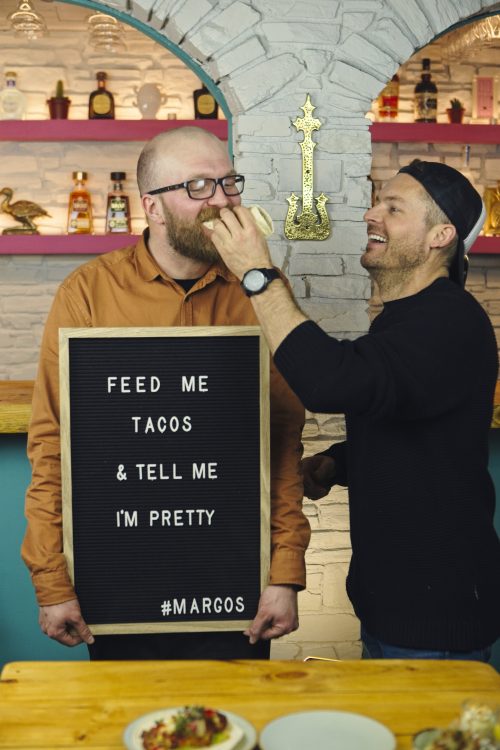 Ace said they considered doing takeaways to help pay the bills during the lockdown this year but decided against it.

“We decided not to do takeaways because a big part of our success is our service in the environment, and that doesn’t translate into tacos in a box.

“That’s cost us, but we’re not prepared to compromise on what we deliver as a full package.”

The pandemic has also caused some supply chain issues, as Margo’s imports a lot of its authentic Mexican ingredients, such as dried chillies, cactus and jalapenos.

“Fortunately, we’ve built a good relationship with our suppliers and worked tightly with them to ensure we’ve got enough supplies.

“We did have an issue with tequila because of the logistics from Mexico, but we were able to switch to another supplier temporarily.”

Ace believes there will be some supply issues moving forward but said they are working extremely closely with their supplier because “those ingredients are our point of difference.”

“Margo’s menu is an eclectic, modern, Mexican-inspired fusion. Tobin loves Mexico and spent a lot of time there, so he draws inspiration from his experiences.”

He also uses his team as inspiration, said Ace.

“We have a Filipino chef, so one of our fajitas is a Mexican-inspired fajita but with a Filipino twist. We’ve also got a lamb chorizo fajita inspired by the great Kiwi bbq.”

Ace said Tobin is very innovative with his menu, from sourcing to the types of ingredients.

“Our chef is a creative, aspirational guy, and he has so much experience and investment in the industry. He brings in quirky ingredients that we can’t even pronounce and blows everyone’s minds when he puts them in a dish.” 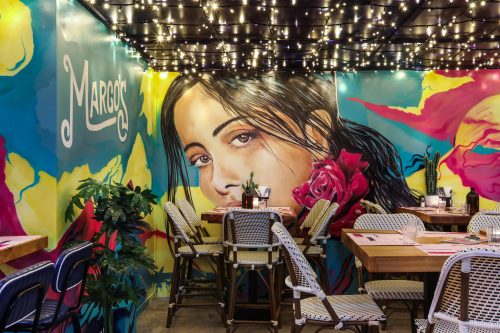 The menu is not the only mind-blowing feature at Margo’s.

“One of my friends, Deow, is a street artist based in Invercargill, and when we opened, I gave him our brand colours and told him to paint all the walls however he wanted, so long as it was Mexican themed, bright, vibrant, and included the logo. We gave him 20-30m of wall and said go for it.

“We came back a few days later and thought, “Woah, this is out there but it looks epic.” With the furniture and lighting, it all tied into the brand and made sense.”

“We’ve also got big stone arch walls that were booth seating from the old restaurant. We were going to pull the wall down, but I decided to paint it white, and they looked great.

“We put the bar there instead, and it’s just another great feature.”

When Margo’s first opened a year ago, everything was repurposed from the old restaurant.

“When we opened, we didn’t have an extra dollar in the bank, but through the success of our business, we’ve been able to upgrade everything as we’ve gone along, from the toilets, kitchen equipment, crockery. Even the seats are more comfortable.”

Ace is entirely focused on Queenstown and hopes to bring in more cuisine and food experiences that are not being done.

“We’re going to hibernate the Rhino's brand for a couple of years and bring it back when the world is flowing again."

Instead, Ace and his team are going to open a new tequila and mezcal bar next year and are currently working on a new location.

"We’ll continue to look for gaps in the Queenstown culinary market, exploring and trying new things along the way.”