10 percent of the country’s 18,000 restaurants, cafés, bars, and eateries are at risk of closure under the current Alert Level restrictions. The Restaurant Association of New Zealand and Hospitality New Zealand have expressed their concern and have called on the government for specific industry support.

Overseas, governments have pursued hospitality-specific initiatives to help the sector that has been devastated worldwide. In the UK, the government’s Eat Out to Help Out (EOHO) scheme offered eat-in customers a 50 percent discount up to £10 per person on all food and non-alcoholic drinks between Mondays and Wednesdays throughout August. The Restaurant Association of New Zealand has proposed we adopt a similar scheme here.

While there are some concerns that, because of EOHO, the industry could be sleepwalking back into a period of deep discounting, a tactic that previously undermined the sector and led to a perilous squeezing of restaurant margins, the initiative was a huge success for the time that it ran. Data released by the UK Government showed that on the final day bookings were up 216 percent compared to the same day last year.

The UK industry is begging their government to continue the scheme, but it's not the only initiative that has helped hospitality weather the COVID storm, local governments have implemented city-wide schemes such as turning streets into outdoor dining areas and providing funds to independent restaurants for outdoor licenses and furniture to help with social distancing regulations.

The New Zealand government, meanwhile, seems to be asleep at the wheel when it comes to one of our country’s most important industries. The Restaurant Association of New Zealand is yet to hear from parliament regarding their Dine Out to Help Out proposal and little has been revealed in the form of truly industry-specific help.

Businesses are still struggling under the difficult Level 2/2.5 restrictions, why has the government not considered ways these rules could be tweaked to make trading more viable? It feels as though they are not listening to the industry at all. The Restaurant Association recently met with Treasury to discuss further financial aid and to plead for operating rules such as the single server and no counter service to be dropped in favour of mandatory face mask use by staff. 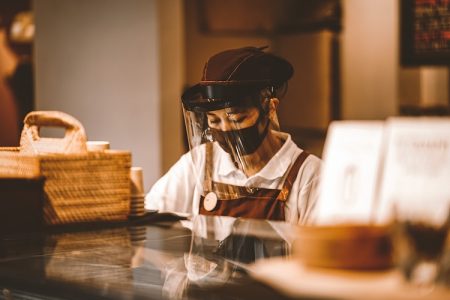 The main thing is for the government to step up and listen to this industry’s specific needs before it’s too late and we lose what makes Kiwi foodservice so great.

As Meat the Need’s founding partner, Silver Fern Farms is pleased to celebrate the first anniversary of the charity. The milestone provides an opportunity…