Food charities and support services already under pressure during COVID-19 are bracing for an expected surge in demand with government wage subsidies due to end in the coming weeks.

One charity, which operates using a unique model to promote the preservation of dignity amongst recipients, has seen a 185 percent increase in demand, with the numbers of families it helps growing from 350 per week to more than 1,000.

Brook Turner, head of community service development at VisionWest Community Trust, explained how they have seen the number of whanau they support in West Auckland triple since the beginning of Level 4 and are concerned once the Government wage subsidy finishes in June, the numbers of people in need could increase by this amount again.

This is expected to grow by an additional 700 families in the West Auckland region alone. Now a new $200,000 donation has been made, evenly split between two charities to help them cope with the additional demand for food. 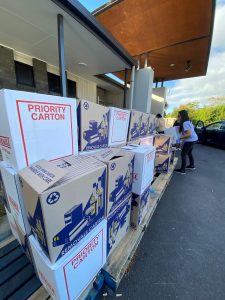 “The first wave exposed the level of food insecurity in New Zealand, but this second wave of need will be at the end of the wage subsidy and we’re already seeing cracks in the surface with redundancies. I believe there will be a third wave too, with businesses getting through September, October and November and then collapsing,” noted Turner.

“There is a perfect storm coming and it will be a once in a generation kind of moment. We’ve got to walk with people, give them employment opportunities, set up community enterprises. We will need public, private and non-profit partnerships that help build a new economy to have a co-ordinated food system and a significant response to those in poverty,

“I think Christmas is going to be a really hard time, so it will be up to us as communities and local organisations to really anticipate those needs and respond to them to help people get back on their feet as quickly as possible,” he said.

VisionWest provides wrap-around support to those in need, with an empowerment philosophy which sees those receiving food support also volunteering at the organisation to help others like themselves.

“Our whole approach to kai is that it is a great connector and food is a basic human right like shelter, without those things your whole world is in disarray.”

During lockdown the charity also worked with police to help deliver food to those in challenging times; this gift alone was often enough to calm difficult situations.

“We’ve seen whanau, who just with the simple gift of food, have a situation de-escalated in their household where there was rising aggression. Food has the ability to make people feel calm and cared for and to come together as a family,” expressed Turner.

Donations from suppliers and charitable organisations such as the $100,000 grant from The Trusts will go some way to ensure those that need their help will continue to get it, but more will need to be done.

Veronica Shale, executive director of charity Fair Food, which collects and distributes surplus food from retailers and manufacturers, and the other recipient of a $100,000 grant from the Trusts, agrees that a holistic approach is the only way to support the growing number of people who will continue to need support to feed their families. 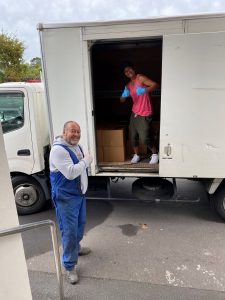 As more hospitality businesses struggle, there is a flow-on effect for suppliers and food wastage and scarcity are the results.

“The issue is how do we divert this food that’s not needed anymore away from the landfill and back into the supply chain so organisations like us can help get it to those who need it,” said Shale, noting that before the outbreak of COVID-19 most of the surplus food picked up from her organisation was from supermarkets.

“Now it's definitely more business to business, so we’re picking up from growers, producers and manufacturers. In month one of lockdown we conservatively rescued over 121 tons of good, surplus nutritious food, which equates to over 348,000 meals,” she explained.

“Rather than being dumped, this food is doing good. Fair Food offers a pragmatic solution to tackle food waste and food insecurity, nourishing our communities in need - and this need will be ongoing for some time.”

This has had a positive impact on those receiving food parcels with an increase in the amount of protein in their diets.

“In the past, we’ve struggled to get good protein as meat, chicken and dairy are expensive and what we’ve been rescuing is restaurant quality stuff. We were also lucky to be able to take 26,000 eggs off a nationwide fast food chain that was unable to utilise them for products on their breakfast menu during lockdown.”

Shale said while they’re grateful for the support of The Trusts, businesses and the community need to work together efficiently to redistribute surplus food.

“What I'm saying is if you are a food grower, or manufacturer there are food rescues all around New Zealand who would gladly distribute that food and there are people out there that really need it.”

The Trusts are working with a range of community organisations who have had their usual source of funding disrupted during the lockdown. 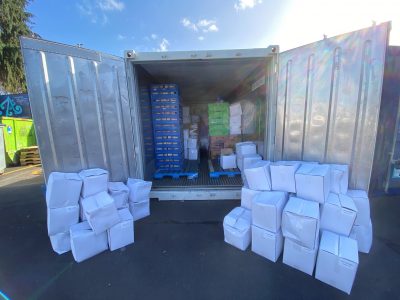 “There is a growing need from charities who have been cut off from their normal supply of resources which is impacting on their ability to support members of our community,” said Matt Williams, acting CEO of The Trusts.

“We want to encourage other corporates who are in a position to help to reach out to these groups and find a way to help them, whether through financial support or even lending warehouse space and logistical support.”

A coffee pod refill and exchange service has been launched in Melbourne targeting workplace coffee-related waste. Businesses across the city will now have access…