Rapid Antigen Tests (RATs) are needed to keep supply chains running through the unfolding outbreak of the Omicron strain of COVID -19, however, the Government has taken over supply, to the ire of many businesses.

Health Director General Dr Ashley Bloomfield said no on-shore tests had been requisitioned but the Government had asked its suppliers to consolidate all forward orders so they went to the Government.

Multiple businesses who will rely on RATs to weather the Omicron storm have had orders cancelled by manufacturers, reporting that the Government is taking all the available stock. Health Works Group, which distributes tests and masks, said it had ordered and paid for 100,000 tests, but that its order had been put on hold indefinitely because the Government was taking all of the incoming supply.

Health Works owner Clair​ Connor said it was “disappointing” and “frustrating” not to be able to receive tests it had ordered for clients. 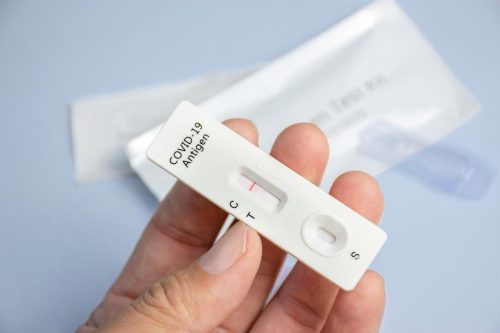 “We are fielding calls from the hundreds of businesses who think they might have an Omicron case and want to test their workers – what are they going to do?” Connor said.

Ashley Bloomfield hit back at claims that the Ministry of Health was “commandeering” or “requisitioning” supplies of RATs saying that what they were actually doing was “consolidated into Government’s stock”.

So, rather than businesses who need the tests having their own supply, all supplies of these tests are now going to be accessible through the Ministry of Health, doled out where and how the Ministry thinks they should be.

There was always going to come a point in the pandemic where there were going to be lots of COVID cases and where at-home tests were going to have to be part of the mix. Even the Government’s own technical advisory group said in October that Government had been too slow.

Omicron has wreaked havoc in other countries, obliterating work forces and causing additional delays to an already stretched-thin supply chain. If New Zealand starts getting thousands of cases per day and testing is overwhelmed, the only way to know in anything like real time will be a RAT, which it now appears clear will be rationed by the Ministry of Health if stocks are tight.

Looking for that perfect topping to pair with a delicious dessert? Perhaps you have some fancy fries that are longing for their one, true…