Wynyard Quarter favourite The Conservatory has announced they have been named as the INEOS TEAM UK Official Fan Supporters Bar for the Prada America’s Cup World Series, The Prada Cup and The 36th America’s Cup.

Situated in a prime position on the waterfront of the Wynyard Quarter wharf, The Conservatory offers fans the most coveted front row seats to soak up the atmosphere of the sailing season in the City of Sails this summer. With 4 of the 5 America’s Cup bases positioned directly across the water from the restaurant, it’s the perfect spot to be part of the action in the lead up to the races that all eyes will be on in 2021. 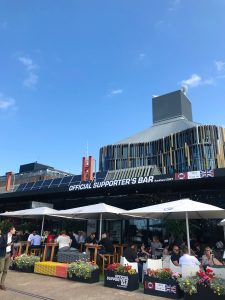 “As an Englishman who’s had the privilege of calling New Zealand home for the past 16 years, the partnership with INEOS TEAM UK seemed like the perfect synergy,” said Tricky Hartley, owner of The Conservatory.

“I’m looking forward to welcoming INEOS TEAM UK fans to their home away from home, as well as bringing Kiwis and Brits together to celebrate the sailing event the world has been waiting for - with Emirates Team New Zealand defending their title on home soil!”

The Conservatory is taking a luxurious approach to experiencing race days, offering front-row VIP tables on their lawn. Diners will enjoy a choice of Champagne, quality wines or beers for the table, a shared artisanal charcuterie platter or a sumptuous seafood platter, followed by a divine selection of desserts. There will be five large high-definition screens around the venue to watch the races up close from the most coveted seats on the wharf - all while experiencing the best that Kiwi hospitality has to offer. 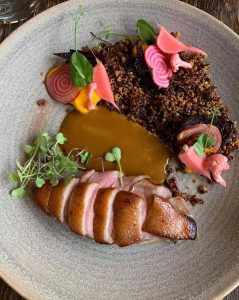 With a redesigned food menu crafted by new Kiwi Head Chef Wei Sern Tan, expect to see a few of the classics that regulars know and love, as well as new additions that will have mouths watering. Wei has ensured the focus has remained strongly on local produce with bold flavours and the freshest seafood and cuts of meat on the market.

Paired with arguably the best cocktails and most extensive beverage menu on the wharf, the restaurant’s enviable all-day sun and stunning waterfront views, The Conservatory is the place to be this summer sailing season.

Images shared on social media have led to the firing of a Zomato delivery driver, after he was caught tucking in to a customer’s…