Hospitality workers around Aotearoa will run 6,000 kilometres – equivalent to almost four lengths of the country – to change the narrative of health in the hospitality industry and raise $6,000 for Movember.

Healthy Hospo is a free program for pub, bar, café and restaurant workers with modules on sleep, connection, mental health, movement, nutrition and leadership, that is run by Lion NZ. As part of the program, Speight’s Run Club motivates hospitality workers to get outside and exercise with a supportive 10-week coaching program.

“Participants have told us that the program is life-changing. Long hours and late nights make sticking to regular exercise hard for many hospo workers, but we’ve created an incredibly supportive community that embraces and motivates people of all fitness levels,” continued Bahr.

Damien McDowell, General Manager of The Wynyard Pavilion in Auckland expressed that Speight’s Run Club is an opportunity to lead by example. 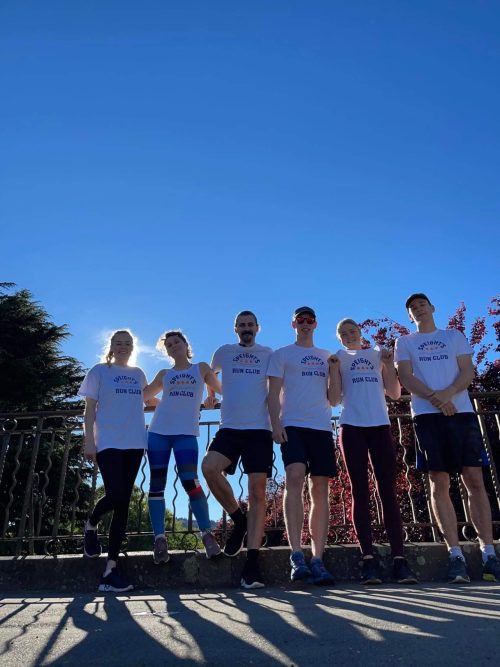 “We’ve talked a lot about mental health and health in general in the hospitality industry of late and how we want to promote new ways of socialising together, not just drinking. Getting back into running after 7 years was hard, but it’s become a habit that gives me a sense of achievement,” said McDowell.

“I can't believe how much it has improved my mental outlook during what is a pretty difficult time. I’m running faster, feeling better, sleeping better, feeling more confident and able to deal with the stresses of the day. Sticking to a new habit has given me confidence that I can do that in other areas of my life. I'm loving the sense of community, support and positivity of Run Club.”

“Speight’s Run Club is life-changing. I’m exercising twice as much as I was before I joined. Time is always a challenge, but the community and training plans keep me motivated. I’m now running up to four times per week, I’ve lost weight and I feel so much fitter.”

For Daniel Rogers-Bromley the Cellar Door and Tour Manager at Emerson’s in Dunedin, Speight’s Run Club has been great for team building.

“It’s been great getting to know people outside of work and do something different. Getting out of bed to go running can be hard, but I’m loving the extra energy it’s giving me, being outside in the sun and the great company. The run team has grown over time, which shows how awesome it has been, I’m definitely planning to keep it up.”

“I’ve gone from exercising just occasionally to exercising more than 5 times per week. I can now run 6km without stopping at a decent pace. The group motivation and support has made such a difference especially as I’m currently the only member in Blenheim.”

In its second year, Speight’s Run Club has turned obstacles into opportunities and reached several milestones. The Club is now 125-members strong, nationwide and virtual. Now it has its sights set on raising $6,000 for Movember and running 6,000km. Speight’s has been a proud partner of Movember for 4 years and sponsors all the coaching costs for the runners.

“With the reemergence of COVID-19 this year, we had to quickly adapt to virtual training and ways of motivating each other, but at the same time, it gave us the opportunity to open up membership to hospo workers anywhere in the country. As a result, we had a surge in interest and membership increased five-fold! We have expanded the team from Auckland to Wellington, Christchurch, Dunedin and Blenheim,” concluded Bahr.

“With high rates, but low awareness of mental health issues in hospitality, we’re proud to be flying the flag for our hospitality industry this Movember and aiming to run 6,000km. If you see a Speight’s Run Club runner out and about give them a wave.”

Last night, two of New Zealand’s top chefs were awarded with a prestigious lifetime ambassadorship, after producing arguably some of the best beef and…