It’s really not so much an end, but rather the ushering in of a new era for one of New Zealand’s most celebrated restaurants. In September, there will be a changing of the guard at Sidart with Sid and Chand Sahrawat selling their fine dining establishment.

Sidart’s new owner is chef Lesley Chandra, a long-time friend and trusted colleague of the Sahrawat’s who has worked for the couple since 2014. The Sahrawat’s have vendor financed Lesley into the restaurant to help him realise his dream of owning his own restaurant and will act as silent partners in the business, available to mentor Lesley when needed. 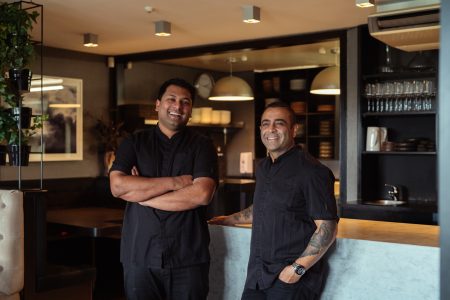 Chandra has been open about running his own restaurant one day. That day has now come to fruition with the genesis of an idea first casually mooted years ago during a meal with the Sahrawats at Heston Blumenthal’s Fat Duck in England.

Serious discussions took place earlier this year and the couple explained that they are happy to hand over the mantle to a valued team member who has previously worked at Sidart and is passionate about carrying on the restaurant’s vision.

“Obviously, we feel quite nostalgic selling our first-born restaurant, but we’re absolutely delighted to hand the restaurant over to someone we have so much respect for,” commented Chand Sahrawat.

“We know we can safely entrust Lesley to continue the legacy of Sidart. When we first started Sidart we had an angel investor who believed in our vision and loaned us the money needed to purchase the restaurant. Had it not been for him and his guidance we wouldn’t have succeeded as we have.

“For many years we’ve had a desire to pay the gesture forward and were waiting for the right person and the right time. We know Sidart will be in wonderful hands and we can focus on other aspects of our business so it’s a win-win situation for everyone.” 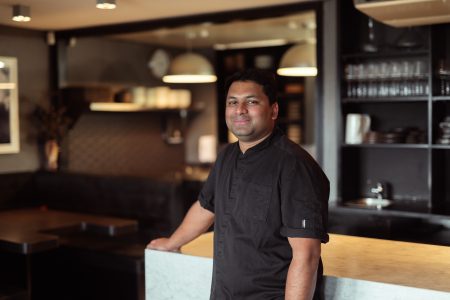 Sid agreed that Lesley is the right person for the venture.

“Lesley is calm and fair and earns the respect of everybody he works with. This isn’t something you can teach – you have to have the X-factor, be talented and innovative, and able to run a kitchen through tough times, like a pandemic, which Lesley has proven he can do.”

Sid is well-known for introducing a progressive style of modern Indian cuisine to New Zealand and Lesley Chandra says he has no intentions of changing that style of food at Sidart – although he will introduce more flavours of the South Pacific into the menu over time.

Lesley noted that his Fijian Indian heritage combined with his time working at Cassia and Sidart has fuelled his passion for Indian cuisine.

“It has always been my dream to own my own restaurant and I am beyond excited and honoured to be the new custodian of the Sidart brand which I have the utmost respect for,” said Chandra.

“I worked at Sidart after a sabbatical in the UK, so for me, it’s like returning home. Sid and the Sidart team have created something very special, and I won’t be changing the style of cuisine. It’s evident Kiwis and international visitors alike have an appetite for Sidart’s progressive Indian creations, and I will continue to work with the team to deliver the same passion, attention to detail, and flavours that Sidart diners have come to expect.”

Established in Ponsonby’s Three Lamps Arcade in 2009, Sidart was the Sahrawat’s first restaurant, and it has enjoyed many accolades over the years, including most recently, Cuisine Good Food Awards Supreme Restaurant of the Year in 2019. One of just four establishments nationwide to be awarded 3 Hats by Cuisine, Sidart has also featured consistently in La Liste’s Top 1000 Restaurants in the World. 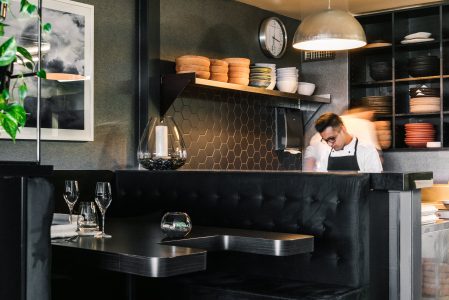 Over the last seven years, the Sahrawats have added Cassia and the iconic Sid at The French Café to their restaurant stable and have now decided to sell Sidart to concentrate further on their newly launched Cassia at Home brand, the range of curry sauces and spices for home cooks. The couple launched the venture in November last year and are focused on taking that side of their business to the next level.

In planning for the future, Sid and Chand knew they wanted to pass the Sidart baton on to someone they could trust to continue the restaurant’s proud legacy.

Lesley Chandra has worked for the couple since 2014 (with a one-year sabbatical in London), and is currently head chef at Sid at The French Café, moving back to Sidart at the beginning of June. With a career spanning 18 years, Chandra gained his diploma at Hotel Chef’s Training School and worked at Baduzzi under Ben Bayly’s mentorship before becoming Head Chef at Cassia in 2014, assisting Sid create the restaurant’s eclectic modern Indian menu.

In 2016, a 12-month sabbatical saw Chandra working at the renowned Typing Room in East London. In 2017, chef Chandra returned to the Sahrawat stable and to a research and development role created especially for him at Sidart. He led the R&D at Sidart, launching the new Progressive Indian menu and then moved restaurants in September 2018 when the Sahrawat’s acquired Sid at the French Café where Lesley assumed the role of Head Chef.

Sidart’s change of ownership will take effect from September 6, 2021, the final service with incumbent owners is on Friday September 3. Visit sidart.co.nz

Accessibility is driving a new era of guest loyalty, and brands across the United States are using subscription programs to tap into all of…