Famed for the strength of its under-water style interiors, The Poni Room is one of four renowned NYC hospitality concepts joining AHG’S line-up of new restaurant and bar venues. It will bring the flavours of New York to Auckland with never-before-seen dining and drinking experiences, alongside incredible harbour and CBD views. The Poni Room will be joining Auckland’s world-class hospitality scene alongside Ghost Donkey and Liquorette, with Saxon + Parole opening later in the year.

The unique interactive beverage programme gives the offering its socially-inclined personality – a place to mix, mingle, be and be seen. A spot to let your hair down, guests will be invited to venture into The Rosé Room to take a peek at whatever takes their fancy from the extensive wine list – and serve themselves - before partying through the night to a rotation of leading DJs.

Taking the traditions of Japanese Izakaya and combining them with an under-the-sea fantasy world look and feel, The Poni Room offers a seafood-focussed menu that celebrates the best New Zealand has to offer. Overseen by AHG partner and executive and Michelin-starred chef Brad Farmerie, it derives inspiration from Japanese and South-East Asian cuisines with a high-low approach to dining -a cheerful experience that sees diners sharing and conversing with a mate, or ten, over the dishes’ eclectic, messy, sticky, sweet and salty flavours. 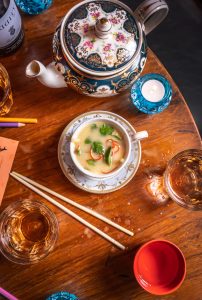 With award-winning restaurants and bars in New York, Las Vegas and London, AvroKO is delighted to finally bring a taste of The Big Apple to Auckland’s thriving dining and hospitality industry.

“In partnership with local hospitality group Public Assembly, we are looking forward to marrying the unique dining experiences of New York and AHG’s holistic, human-centric approach with quality Kiwi ingredients and the country’s very best bar and restaurant staff. We’re here to offer New Zealand food lovers playful dining and drinking experiences and The Poni Room is guaranteed to deliver on this.” 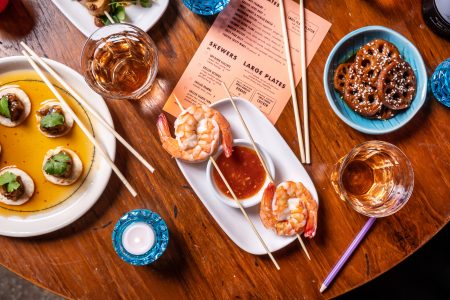 The openings of The Poni Room, Ghost Donkey, Liquorette and later Saxon + Parole, will mark AHG’s debut in New Zealand, but their ties with Kiwis run deep.

“Our executive chef Brad Farmerie is overseeing the menus for all four AHG venues and has worked alongside his Kiwi mentor Peter Gordon for many years at the Sugar Club in London and AHG’s first restaurant, the NZ-influenced PUBLIC in NYC,” said Emmanuelle.

“The new restaurants and bars have a uniquely New York feel with a New Zealand twist. Kiwis are passionate travellers and foodies and love experiencing the culinary ideas of international cities when dining or drinking,” explained Farmerie.

“Each of the four AvroKO eateries and bars will whet their appetite for global flavours and experiences. We have also worked very closely with a team of Kiwi hospitality experts, employed and trained over 150 local kitchen, bar and wait staff and supported local suppliers to offer Kiwis food lovers the best of both worlds when they dine or drink at one of AvroKO’s venues.”

Ghost Donkey is set to bring mucho good times and an authentic Mexican experience to Auckland by the way of New York City. At its core, Ghost Donkey is a lively, vibrant mezcal and tequila bar that embodies the heart and soul of Mexican hospitality, celebrating its heritage and respecting tradition whilst working its big city swagger. 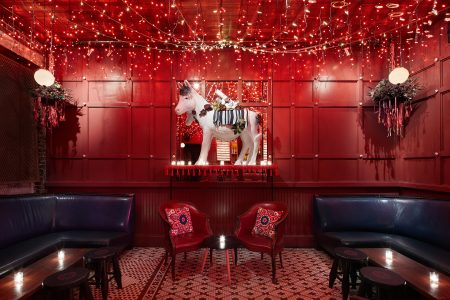 Recently taking away awards such as Imbibe’s 2020 Cocktail Bar of the Year and Time Out’s 2019 Best Bar Team solidifies Ghost Donkey’s expertise and proves the experience is truly unique, with a mantra that celebrates inclusivity through high-energy service in a magical, immersive space.

An American casual cocktail counter with drinks and pizza to enjoy in or takeaway, Liquorette is a beverage-led concept readily positioned to fill a gap in Auckland’s bar scene. 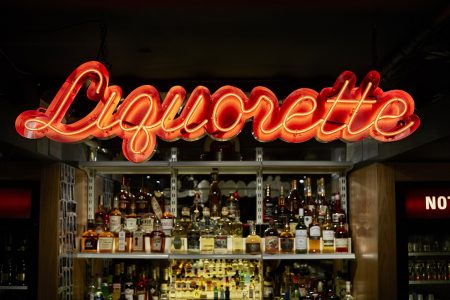 Inspired by the bodegas, superettes and liquor stores that are ubiquitous in NYC and LA, Liquorette’s multi-faceted beverage program promises a very special experience, bringing global cocktail culture and innovation to Harbour Eats and into the homes of Kiwis.

Opening later this year, Saxon + Parole, a Bowery-born modern steakhouse and cocktail bar with a rooftop terrace overlooking the Waitematā Harbour, will bring a menu of classic American fare to Auckland, with contemporary touches that celebrate the bounty of NZ, whilst paying homage to the restaurant’s strong NYC roots. 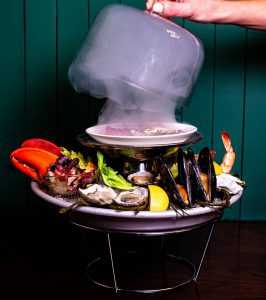 Alongside the well-executed takes on classic dishes - with some surprising twists - this institution is known for its seasonally driven cocktails and thoughtfully-curated wine and beer lists prepared and served by an award-winning beverage team.

Jean-Michel Poulot found his way into cooking through an unexpected avenue – fly fishing. “I used to wander along beautiful rivers collecting wild food…