A new 1,200sqm cafe set to open in the coming weeks will be one of the region’s largest according to its owner. The 340 seat Perch cafe will be located on the second level of the Nido homeware store in West Auckland.

The cafe is capable of preparing and serving meals for more than 1,500 customers a day and will employ 24 locals. The opening of the cafe is a necessary addition to the company’s homeware and furnishing product range.

“The sheer size and scale of Nido mean we are seeing customers already spending at least an hour in the store and with the opening of the second level, this will increase to an average stage of more than two hours,” explained Vinod Kumar, CEO of Nido. 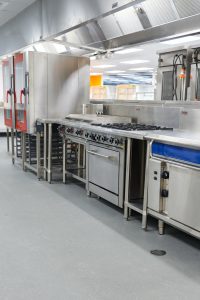 “What we are finding is that customers are working up an appetite while browsing over 4km kilometres of product aisles - the opening of Perch is a natural extension to meet that need in store. Our coffee kiosk is already making up to 200 coffees per hour and Perch is expected to serve thousands of affordable meals each week.”

The cafe will be a welcome boost for the local foodservice industry as well as employment in the hospitality sector.

“As an example of how this will benefit local food and beverage suppliers, we have a machine which is capable of cutting a tonne of NZ grown potatoes into fries every five hours and we expect to purchase over half a tonne of fresh produce every month along with 15,000 beverages,” said Kumar, adding that the cafe will serve a wide range of iconic Kiwi dishes including bacon and egg pie and fish & chips.

An opening date for Perch will be announced in the coming weeks.

World famous baker, Jordan Rondel, has been criticised for the wedding cake she provided an unhappy bride-to-be. Rondel runs The Caker, a bakery based…