The Food Truck Collective and Britomart are joining forces to deliver a full day of music and kai as part of the Elemental AKL festival.

Street Kai on Takutai will be a celebration of foods that burst with flavour and will showcase how The Food Truck Collective has truly transformed the perception of food truck fare. Customers can browse an epic line up of delicious offerings prepared by some of the city’s favourite street food vendors alongside Britomart’s best-loved eateries.

Attendees can also quench their thirst at the fully licensed bar while soaking up an atmosphere enhanced by amazing local musical talent. 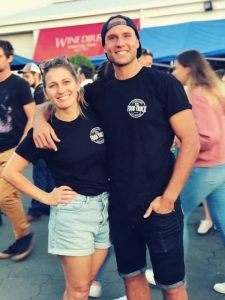 The public can nominate up to three of their favourite street food vendors, which will then place each into the draw to win ‘People’s Choice’ Award 2020, supported by ATEED. Also, this year, all vendors can be in to win ‘The Most Sustainable Food Vendor Award’, judged by We Compost.

The awards will be celebrated and announced at the Street Kai on Takutai food festival on Friday 13th November.

Check out the Street Kai on Takutai Facebook page for more information.

The decision by the Government to take Auckland back into Level 3 lockdown, and the rest of New Zealand into level 2, for seven…