A recent newcomer to the competition, Wild Grain Bakery of Silverdale, Auckland, won the Supreme Winner Award with their delightful “Triple Berry Spiced Apple” pie, for the second year running. 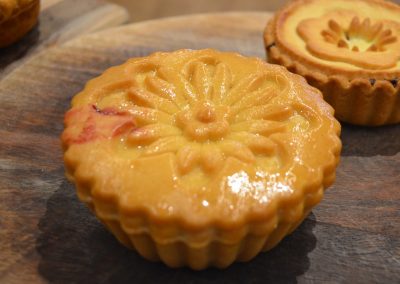 They also came runner up across 4 other categories, proving their pies are consistently awesome, no matter which flavour you try!

Richoux Patisserie had been a consistent winner across most categories they entered since the inaugural Awards, thus it was felt only fair to ask Jason Hay to become a judge for this year's awards. Hay was given a Lifetime Contributor's Award at this year's ceremony, after proving to be an excellent judge of pies. His expertise in understanding what makes a good vegan pie helped the judges come to their decisions.

The panel of expert judges this year were Pasifika Cook-Along Presenter, the fabulous and talented Augustine Kopa, the formidable Jason Hay of Richoux Patisserie – crossing the line this year to become Judge Jason! Vegan actor and newcomer to The Vegan Pie Awards are Sonam Hoani- you might recognise him as Ricco on Shortland Street and the engaging, affable entrepreneur and co-owner of The Coffee Club, Brad Jacobs.

A new eatery, Frankie’s Toasties is set to open soon in Manchester. The restaurant will serve toasties with 32 filling options ranging from the…