At the age of 15, Phil Clark got a summer job as a chef while working on a marine biology scholarship. Years later, Clark happily prepares and expertly cooks the seafood, rather than study it. Having owned Phil’s Kitchen in Auckland for just under five years, as well as owning Kingsland Social for around one year, Clark noted his pure love of the industry as the main factor to his resilience and persistence to prepare exceptional food.

Although Clark has done his dash in the ‘dungeon’ kitchens in London and the Michelin-starred venues that he read about in the 90s, he has returned to his classic French cooking methods with a modern presentation. As Clark said, it’s technical cooking for simplistic food.

Between Phil’s Kitchen and Kingsland Social, Clark has three other chefs working with him, while he jumps between the two kitchens.

“They are tough kitchens because it’s done properly—we’re professional. It’s not a ‘she’ll be okay’ kitchen; things are done right.” Clark has developed skills from around the world and refined them to focus on technique and skill. 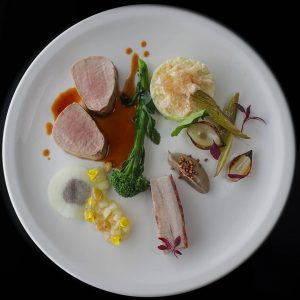 “Rather than hiding behind stone plates or big garnishes, I have gone back to clean plate and classical technical cooking. I like doing the sort of food that showcases the skills of our chefs, rather than hide them behind something,” he said.

Earlier this year, Clark was named as a semi-finalist for the Ōra King Salmon Awards, with the theme of ‘Sustain’. Using their own sustainability story as creative inspiration, chefs from around New Zealand submitted dishes that highlighted New Zealand produce, and what sustainability looks like to them. Clark and five others were judged to be a cut above the rest—a formidable top six to say the least.

Concerning the awards, Clark said, “It’s been a good subject considering how hard we’re all working on sustainability. For me, it was all about the oceans, and the rivers, and sea beds, and how they’ve changed over the years. Growing up, I’ve seen changes; creeks I used to play in in Titirangi have now gone, and where we used to catch eels and freshwater crayfish have gone, too.”

After spending around a month planning and refining his dish, Clark produced a plate encompassing around 80 to 90 culinary techniques as well as days of preparation. Perhaps a unique angle, Clark incorporated locusts into his dish.

“Using the locusts was a bit of turning point for me. I thought the oceans are important, but we’ve got other sustainable foods that we aren’t utilising, as well. I think we need to think of other ways to be sustainable as humans, not just what we already know.” 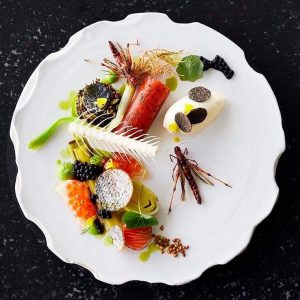 Clark went on to win the coveted title of Best Dish for New Zealand for his efforts, an incredible achievement that is the result of a massive amount of hard work.

But for Clark, it hasn’t always been fancy plates and finding ways to incorporate bugs. For a while, Clark described his struggle with catering to the mass as opposed to doing what he really liked.

“Since I’ve opened Kingsland Social, I can go back to what I love doing. We’ve had new input from new chefs and a new restaurant manager at Phil’s Kitchen, and I am really happy with the direction that we’re heading in. And that’s largely to do with Kingsland Social—I don’t have to worry as much if Phil’s Kitchen isn’t as busy on slower nights,” he said.

It was clear how much passion Clark had for hospitality. Although, there are factors that Clark believed are contributing to tougher times.

“The cost of living is so high that restaurants can’t really afford to pay their staff more money. The amount of staff and the calibre of the staff are becoming real challenges for our industry. The economy has changed so much in the last three years that it’s hard for restaurants to keep up with costings, which reflects in the staffing.”

From here, the future for Phil and his kitchen looks promising.

“We’re hoping to grow. We’re hoping to get both restaurants busy enough to open a third. With the continued passion and outstanding achievements, there is no reason to doubt this happening.” 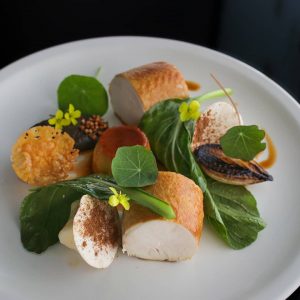 Onex Group, a Toronto-based private equity firm, has sold Alabama-based Jack’s Family Restaurants for 3.6 times the original investment in 2015. Although the terms…